Explained: What Are Black, White And Yellow Fungal Infections, Why Do They Occur, And Precautions To Take

Covid: Explained: Mycoses are all opportunistic infections, which means they attack an individual who has a weakened immune system. 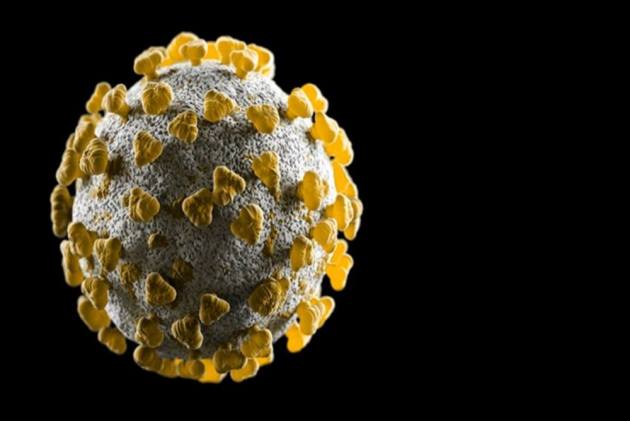 While the country is still dealing with the coronavirus pandemic, cases of black fungus or mucormycosis are on the rise in the country. Meanwhile, cases of white fungus and yellow fungus have also been reported from some parts of the country. To understand it better, Outlook got in touch with Dr Jafferhusein Sura:

What are these fungus Black, White and Yellow?

Black Fungus is a term given to the disease called Mucormycosis. It is a fungal infection caused by the Mucorales order in which the species most commonly implicated are Rhizopus, Mucor and Absidia.

Covid Explained: Why Is Oxygen Concentrator In Demand And How Is It Different From Cylinder

Mycosis is a term for fungal infection and hence Mucormycosis-Mycosis caused by Mucor.

The blackening of tissue is what gives it the name. It causes invasion of tissues and blood vessels and thus interrupts blood supply to normal tissue, which gets then necroses and changes colour to black.

White fungus is a genus of Yeast called Candida. It grows in the lab as white/ creamy white spots on plates of agar. In humans, they again appear as white, creamy spots on the mucosa of the oral cavity most commonly.

They are commensals in the oral cavity and gastrointestinal tract and are present on skin as well. Candida albicans is the most commonly isolated species. Albicans means white. Hence the term white fungus.

Yellow fungus is a term coined by someone and unfortunately does not have any significance. Yellow is the colour of pus, which is formed whenever there is any bacterial infection. Superadded on that, there may be fungal growth of a wide variety of species. It does not mean that the fungal infection is causing the colour. It also most definitely does not mean that there is a “new yellow fungus which is more dangerous than black and white fungus”

When and why do they occur?

Mycoses are all opportunistic infections, which means they attack an individual who has a weakened immune system. Our immune system is supposed to fight off any invasion by fungi and bacteria. This lack of immunity allows the fungus to spread, invade and destroy tissue.

The recent pandemic of Covid-19 infection has led to a large number of people suffering severe illness, which has left them to have the following issues:

Previously the patients were getting inflicted with these diseases. Their profile was:

The Covid patients with added factors of the second list give rise to a cohort of diseased that are severely immunocompromised, even more than before, which are at a risk for development of these fungal illnesses.

What are the symptoms and precautions?

Mucormycosis has some very early symptoms like altered sensation on the cheek, due to invasion of the nerve supplying that area. As the disease progresses, it involves the nasal cavity leading to nose block, nasal discharge which is blood-stained and smelly. Further spread to the sinuses and can lead to swelling in the eye, blurring of vision, sudden loss of vision, bulging of the eyeball. The disease may spread to the brain from the sinuses, the optic nerve or directly by invading the bone of the base of skull, or via the blood. It may also spread to the palate and present as loose teeth and swelling on the gums. It may be found in far-off places like kidneys, ureters spreading via the bloodstream.

Candida infection can lead to simple oral thrush, i.e., whitish spots on the mucosal lining of the mouth and throat, which may thereafter spread to the throat and oesophagus. It may get disseminated and spread to the eye as we have seen with a recent case in Mau, UP, detected by a friend. Candida infection may be found in the heart and genitalia as well.

For mucormycosis, precautions are debatable with respect to their efficacy in preventing these infections. One can use saline nasal irrigation, or use of dilute betadine drops in the nose. These are not proven to be effective but are recommended by certain physician associations. With regards to candidiasis, one needs to maintain oral hygiene to prevent oral thrush.

But the main goal is prevention, which will require ensuring a good immune system, especially in those who are post Covid. Strict monitoring of diabetes and avoiding dead/decaying organic matter will help.

Self-medication with instructions received on WhatsApp groups, taking antibiotics over the counter should be avoided.

Post Covid-19 infection, one should be vigilant for the symptoms mentioned. Surveillance with regular Nasal Endoscopy post-discharge from hospital, for at-risk patients should be advised. A sampling of the nasal mucosa with swabs and sending them for a basic KOH mount test should be done in suspicious situations.

What to do if you get it?

If you develop symptoms mentioned above, DO NOT PANIC. Seek out medical advice at the earliest. It could be your family physician, pulmonologist, Intensivist, ophthalmologist, ENT or dentist. But do not delay.

Even though it is a deadly disease, if you catch it early and initiate treatment rapidly, it can be beaten. Have faith.

Why so many variants?

These infections have been prevalent before, and we have been dealing with fewer cases, and in select groups having low immunity. These are not new diseases. The sheer numbers though are significant due to the number of patients with lowered immunity and additional risk factors.

There may soon be a “Green fungus” or “Multicoloured fungus” variant reports coming in from different parts of the country. DO not be influenced and only trust your local doctor and consult them before believing google.