The sitting Parliamentarian from Srinagar constituency and NC president Farooq Abdullah accused BJP of spreading ‘hate’ in Jammu in order to win the upcoming UP Assembly elections. 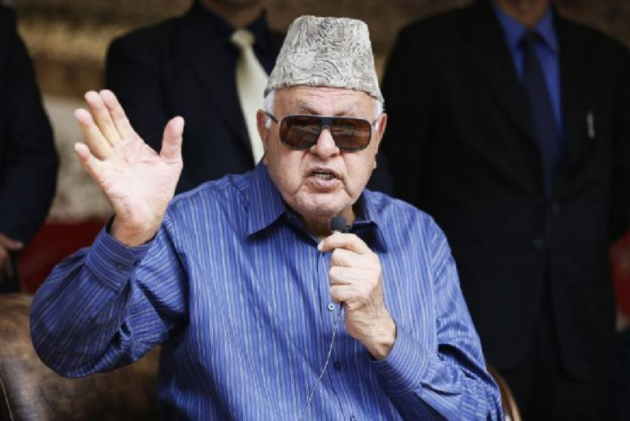 In a scathing attack on BJP, National Conference president Farooq Abdullah on Thursday said the former is indulging in politics of “hatred” to win the upcoming Uttar Pradesh Assembly elections.

"We have to fight communalism. We have to bring down the wall of hatred being created between Hindus and Muslims. We have to end this hatred. Without this, neither India survives nor this state (J&K). If we have to save India, we have to put an end to this hate," Abdullah said in Jammu.

The former J&K Chief Minister and sitting Parliamentarian from Srinagar constituency said: "...I have seen this in every election since Independence. Muslim leaders are taken to Muslim areas and Hindu leaders go to Hindu areas”.

"Last election was also won in Balakote. The BJP government came to power. Today, they are doing the same thing. Today, they are again spreading hate even in Jammu to win elections in UP," he said.

"Has the Line (Line of Control) changed. Have we taken back any area from Pakistan? The line exists on the ground. They were instrumental in shooting down their own plan there," he added.

"If they (BJP government) think they will break this state, I want to tell them: Beware, do not have this mindset. This country will not survive," he said.

"Unless we have brotherhood here, nothing will happen. There is no threat from outside but from inside if brotherhood ends here. We don't have threats from China and Pakistan. They cannot do anything as long we are strong here. So strengthen that brotherhood and make this part strong," he added.

On the National Conference and its leaders being dubbed as pro-Pakistan, Abdullah said that the party lost 3,000 of its men, including its ministers, to militancy but kept the Indian flag flying high in Kashmir.

The NC leader also slammed the central government over hike in prices of essential commodities and said the rates of petrol and diesel are touching the sky, making the lives of commoners miserable.

He alleged that the BJP has made Jammu and Kashmir a hell instead of a paradise that it had promised to the people. (With PTI inputs)