Veteran BJP leader Sushil Kumar Modi has likened the decade-and-a-half period between 1990 and 2005, when Lalu and his wife Rabri Devi took turns to govern the state, to the current situation in Afghanistan. 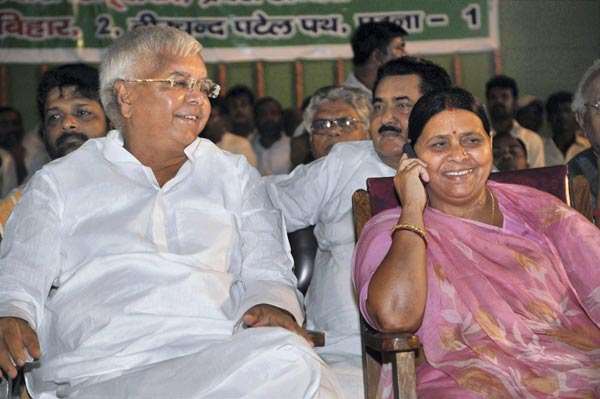 The jungle raj slur is passé. The 15-year-long reign of Lalu Prasad Yadav’s party in Bihar gets an altogether new moniker – Afghanistan - from the BJP now.

Veteran BJP leader Sushil Kumar Modi has likened the decade-and-a-half period between 1990 and 2005, when Lalu and his wife Rabri Devi took turns to govern the state, to the current situation in Afghanistan. “Lalu Prasad had made Bihar like the Afghanistan of today during his tenure,” he says.

“An abduction industry flourished at gun-point, more than 100 carnages took place and women were too afraid to step out of their houses due to the bad governance by Lalu and Rabri in the state,” the Rajya Sabha MP said. “Education was in a shambles and development had come to a standstill.”

Sushil’s angry retorts came after senior RJD leader Jagdanand Singh dubbed the Rashtriya Swayamsevak Sangh (RSS) as the ‘Talibani of India’, accusing the organisation of perpetrating atrocities on the minorities. “Lalu Prasad was put in jail simply because he had waged a prolonged fight against such forces,” said Singh, who is at present the state president of RJD.

Sushil, however, hit back at Singh saying that nobody had anticipated that the RJD veteran would stoop so low owing to his devotion to the Lalu family, love for his son and his vote-bank politics. “Jagdanand did not see any Taliban while he ran a proxy government after Lalu went to jail (in the fodder scam) in Bihar?” he asked in a series of tweets.

“Singh has lost his mental balance because he is under the pressure of working as per the will of RJD’s younger prince and is also being humiliated by the elder prince of his party,” Sushil says in apparent references to Lalu’s sons, Tejashwi Prasad Yadav and Tej Pratap Yadav respectively. “That is why he is comparing the RSS to the barbaric Taliban who are believers in violence.”

The former deputy chief minister says that even though RSS had impressed Jayaprakash Narayan because of its patriotism and service to the suffering humanity, it is now being called "Talibani" senior RJD leaders. "It is mala fide and highly condemnable," he said.

Singh, incidentally, has been at loggerheads lately with Lalu’s elder son, Tej Pratap, and even sacked his protégé Akash Yadav from the post of the students’ wing of the party.

During the combined tenure of Lalu and Rabri, the law and order in Bihar had nosedived to such an extent that it had once prompted the Patna High Court to compare it to 'Jungle Raj' in the course of a hearing,

The court's remarks on the allegedly rampant lawlessness subsequently turned out to be the biggest weapon for the entire Opposition to put Lalu on the mat in all successive polls campaigns. The issue was also raised in 2020 assembly polls when Chief minister Nitish Kumar asked his party men to make the new generation of voters aware of how the situation in Bihar looked like during the reign of pati-patni (husband-wife).