‘A Kind Soul Gone Too Soon’: Tributes Pour In For Rajiv Kapoor

Actor-director Rajiv Kapoor succumbed to a heart attack. He was 58. 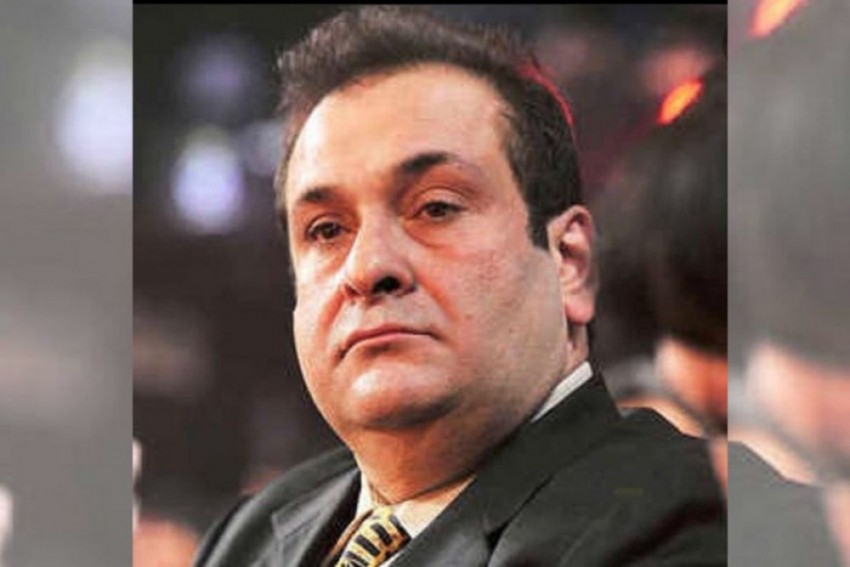 Kapoor died of a heart attack. He was 58.

Veteran actor Manoj Kumar offered his "deepest and most sincere condolences" to the Kapoor family.

A very sad news for us.#Rajivkapoor Ji passes away due to heart attack. My deepest and most sincere condolences to the Kapoor family..!!
à¥ÂÂ à¤¶à¤¾à¤ÂÂà¤¤à¤¿ ðÂÂÂÂÂÂðÂÂÂÂÂÂ#RIPRajivKapoor pic.twitter.com/V9QxpfCbdu

Dixit Nene, who worked with Rajiv Kapoor in his directorial debut "Prem Granth", said as a first-time filmmaker he handled the 1996 film, which dealt with the subject of rape, with "great maturity".

"I had the opportunity of working with #Rajiv Kapoor in the film Prem Granth. It was a difficult subject which he handled with great maturity though it was his first film. Remembering the wonderful moments we shared. My heartfelt condolences to the Kapoor family. RIP," she wrote.

Akshay Kumar said he was "saddened" to learn about the untimely demise of Rajiv Kapoor.

Saddened to hear about the untimely demise of #RajivKapoor ji. My deepest condolences to the entire family ðÂÂÂÂÂÂðÂÂÂÂ»

Actor Neetu Kapoor, wife of late actor Rishi Kapoor, was the first to confirm the news on Instagram.

She wrote "RIP" alongside a picture of her brother-in-law.

Her elder sister, actor Karisma Kapoor shared a photo of her uncle on her Instagram Story with a caption: "Chimpoo uncle you will be dearly missed."

MP and actor Sunny Deol said he was "shocked" to hear about Rajiv Kapoor's passing.

"Shocked n Devastated on #RajivKapoor passing away. Seen you grow up. Condolences to the entire family. RIP #RajivKapoor (sic)," he wrote.

"Deeply saddened by the untimely demise of Shri #RajivKapoor. An extremely kind soul gone too soon. May he rest in peace. My thoughts and prayers are with his family and friends," Sidhwani said.

Senior Congress leader and former Union Minister Salman Khurshid remembered Rajiv Kapoor as "one of the most versatile" actors of his time.

Director-producer Naved Jafri remembered Rajiv Kapoor as someone with "a pure heart and a very nice human being".

"May his soul rest in peace, deepest condolences to the family," Jafri wrote on Twitter.

"Sad to hear of the passing away of Rajiv Kapoor! May his soul rest in peace," he tweeted.

Cine & TV Artistes' Association (CINTAA), a trade union which looks after the rights and welfare of its members in the entertainment industry also expressed its deepest condolences on the demise of Rajiv Kapoor.

The late actor was a CINTAA member since October 1983, the association said on Twitter.

The actor was set to make a comeback to the screen with sports drama "Toolsidas Junior", starring Sanjay Dutt in the lead.

Rajiv Kapoor made his acting debut with 1983 film "Ek Jaan Hain Hum", but made the first appearance as a leading man in blockbuster "Ram Teri Ganga Maili" (1985), which was Raj Kapoor's last directorial venture.

He went on to feature in films like "Aasmaan", "Lover Boy", "Zabardast" and "Hum To Chale Pardes".

Rajiv Kapoor's last film as a leading man was 1990's "Zimmedaar". A lesser-known face from the famous Kapoor film clan, he then made a switch to production and direction.

His first production was "Henna" (1991), directed by his brother Randhir Kapoor.

In 2001, the married architect Aarti Sabharwal, but the couple divorced later.