This is the fourth consecutive day of firing and shelling by the Pakistan Army targeting civilian areas along the LoC in Poonch and Rajouri districts. 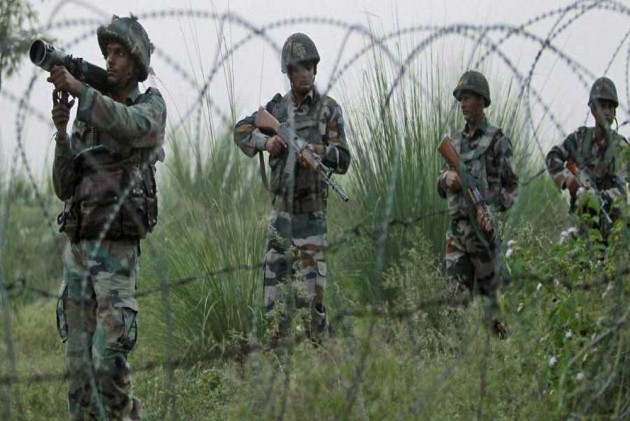 Tensions continue along the Line of Control as Pakistani troops Wednesday opened fire and shelled mortars along the border in Jammu and Kashmir's Rajouri district, officials said.

"At about 0030 hours, the Pakistan Army initiated unprovoked ceasefire violation by firing of small arms and shelling with mortars along the Line of Control (LoC) in Nowshera sector of district Rajouri," a Defence spokesperson said.

The Indian Army is responding strongly and effectively, he said.

This is the fourth consecutive day of firing and shelling by the Pakistan Army targeting civilian areas along the LoC in Poonch and Rajouri districts, in which a baby and a jawan were killed and two others were injured.

A woman on Wednesday succumbed to her injuries after being hit in Pakistan shelling in Jammu and Kashmir's Bandipora district, police sources said.

The victim, Rahmi Bhat, from Bagtore area near the Line of Control (LoC) in Gurez sector was hit by a mortar splinter late on Tuesday.

Pakistan troops had also shelled forward areas and villages along the LoC in Tanghar area of North Kashmir on Tuesday, they said.

On Monday, Pakistani troops had shelled areas along the LoC in Mankote and Shahpur sectors of Poonch district.