The Lamkhaga Pass, where the trekkers went missing during inclement weather from October 17-19, is one of the toughest passes which connects Kinnaur district with Harshil in Uttarakhand. 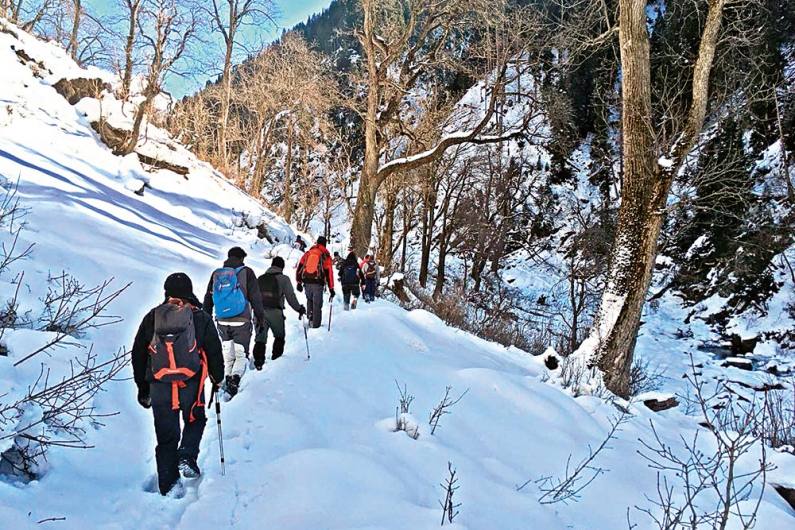 Even as inclement weather conditions wreaked havoc in Uttarakhand this week and caused over 50 deaths, seventeen trekkers who arrived in Himachal Pradesh from the state have gone missing in the Kinnaur district. According to a senior official,  the trekkers had left Harshil in adjoining Uttarakhand's Uttarkashi for Chitkul in HP's Kinnaur on October 14. However, the group reportedly went missing after October 17 during a patch of hostile weather in Lamkhaga pass which lasted till October 19.

The Lamkhaga Pass is one of the toughest passes which connects Kinnaur district with Harshil in Uttarakhand.

Police and Forest Department teams, and a quick response team have been sent to the spot, Kinnaur Deputy Commissioner Abid Hussain Sadiq said.

'High On Kasol': Where Have 21 Foreigners Vanished From Himachal Pradesh?

The DC said the help of Indo-Tibetan Border Police was also sought for their search.

The search operation will be started in the wee hours on Thursday, he added.

Several people were reported missing on Wednesday in the hill states. Eight trekkers and three cooks accompanying them on a trek to Chitkul were reported missing on Wednesday. The team of eleven people, comprising seven tourists from Kolkata and one from Delhi, was on a trek to Chitkul via Harsil in Uttarkashi district of Uttarakhand.