While the state governments in Kerala, Delhi, Chhattisgarh, Punjab, Odisha, Maharashtra, Tamil Nadu and some other states have announced relief packages, governments in Uttar Pradesh, Karnataka, Haryana and Madhya Pradesh seem to be moving at a glacial pace 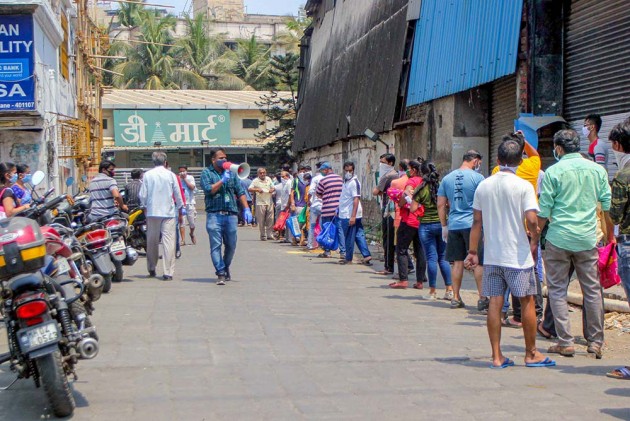 With the coronavirus pandemic spreading gradually across the country despite the 21-day lockdown, various state governments have stepped up efforts to not just contain the epidemic but also to ease the troubles being faced by citizens during the ongoing crisis. While the governments of Kerala and Delhi have made headlines for initiating welfare measures to ensure that socially and financially backward classes are not left to fend for themselves during the lockdown, administrations in Chhattisgarh, Punjab, Odisha, Maharashtra, Tamil Nadu and some other states too have announced relief packages. However, the state governments in Uttar Pradesh, Karnataka, Haryana and Madhya Pradesh seem to be moving at a glacial pace despite the evident need for urgent alleviation measures.

Outlook recounts the various measures that State governments have taken so far to deal with the coronavirus pandemic.

The Left Front ruled state under chief minister Pinarayi Vijayan began a consolidated effort to combat the Covid-19 epidemic much before Centre or other State governments realised the urgent need to do so. Besides regular press briefings to keep the public aware of the infection’s penetration into the State and the administration’s efforts to combat it, the Vijayan administration was the first state government to announce a comprehensive package of Rs. 20,000 crore to ensure that the pandemic’s impact on the economy is kept to a minimum. The package included a Rs 500 crore health plan, clearing of arrears across sectors amounting to Rs 14,000 crore, facilitation of loans worth Rs 2,000 crore and another Rs 2,000 crore to be distributed as part of a village employment assurance scheme for April and May. The government also declared that social welfare pensions due for April would be disbursed within March and promised a universal food guarantee plan to ensure that no section of the state’s population starves during the crisis.

The AAP government of Arvind Kejriwal has announced a slew of measures too. Given the complex power structure of the national capital wherein a large number of services are beyond the control of the state government, the Kejriwal administration, through the Lieutenant Governor, is routinely keeping the Centre informed of the requirements of Delhi. Since the state has a massive population of migrant labourers and workers who have lost their jobs due to the lockdown, the state administration has made arrangements for distributing cooked meals as well as rations through the existing night shelters which are now catering to the poor round the clock. Community kitchens are also being set up while keeping the social distancing guidelines in mind and e-passes are being issued to anyone engaged in the supply of essential commodities. AAP lawmakers have been advised to contribute through their MP-LAD/MLA-LAD funds to the running of kitchens for the poor while the state government has promised its night shelters and government-run schools from March 28 to over four lakh people. Kejriwal has declared that the state is also ready with a medical contingency plan that can deal with up to 1,000 new cases of Covid-19 per day if such a situation arises.

The Congress-led government of Captain Amarinder Singh had declared a curfew across the state earlier this week to enforce the lockdown effectively. Although, some cases of police brutalities against those violating the curfew have been reported, state government officials say the police force has been told that such acts will not be tolerated. Across the state, cops have also been told to ensure that supply of food and other essential commodities must not be hampered and, if need be, police officials too must step in to distribute rations. The chief minister has also launched a door-to-door drive to distribute 10 lakh packets of dry rations to daily wagers and unorganised labour. Each packet will contain 10 kg of flour, 2 kg of pulses and 2 kg of sugar. Those who fail to receive the packets can collect them from the office of the district collector. While the immediate worry for a large part of the state’s population, engaged in farming activities, is the impact of the lockdown on the harvest season beginning next month, the government has made arrangements to ensure harvesting, procurement and storage of wheat and other vegetable crops is not impeded. A Dial 112 helpline has also been launched for doorstep delivery of food, medicines and essential commodities.

The Shiv Sena-NCP-Congress coalition government under chief minister Uddhav Thackeray is faced with the unenviable task of containing the spread of the pandemic in Maharashtra, which presently accounts for the maximum number of Covid-19 positive cases in the country. Thackeray, it is learnt, is in touch with all divisional commissioners, district collectors, municipal commissioners and the police top brass on a daily basis to keep himself informed of the state-wide situation. Thackeray has announced that all shops supplying groceries, medicines and essential commodities will remain open 24X7 and transportation arrangements have also been made for people involved with the supply of such services. Since Maharashtra, like Delhi, has a substantial population of migrant labourers, the Thackeray administration is also drafting a plan to ensure that this segment is not deprived of food and basic amenities during the crisis.

Chief Minister Edappadi K. Palaniswami has announced a Rs. 3,280 crore package to provide relief to the poor, senior citizens, agricultural labourers, autorickshaw drivers, construction workers and daily wagers who would be affected by the lockdown. The state’s AIADMK government has also decided that all ration card-holders would get Rs.1,000, along with free rice, dal, cooking oil and sugar. The chief minister has also announced that his government will identify unorganised workers from other States and distribute 15 kg of rice, 1 kg of dal and 1 kg of cooking oil to their families. Food will be supplied through Amma Canteens. District collectors have also been directed to create common kitchens to cook and distribute food to the destitute.

The state, under chief minister Naveen Patnaik’s BJD government, has announced the setting up of two hospitals, with a combined capacity of 1,000 beds, to exclusively deal with Covid-19 cases. The state government has also decided to transfer four months’ advance salary for doctors, medical and paramedical staff. Patnaik has donated three months’ salary to the Chief Minister’s Relief Fund and appealed to other lawmakers of the state to do the same.

The Congress-led government under chief minister Bhupesh Baghel has taken control of the privately-run Raipur Institute of Medical sciences (RIMS) for the treatment of Covid-19 positive cases. The state government is also initiating a drive to use drones for spraying of disinfectants in areas which could be prone to coronavirus spread, such as the vicinity of hospitals, market places with concentration of food, medical and essential commodity stores, etc. Distribution of free food packets to the poor has also been ordered across all districts.

The JMM-Congress coalition government under Hemant Soren has directed all district collectors to ensure that poor and homeless persons within their jurisdictional areas are taken to government-run shelters where they can be provided with regular meals. Home delivery of rations and essential commodities through the district collector’s office has also been ordered. As a significant portion of Jharkhand’s population is employed as migrant workers in other states, the chief minister has been working with his counterparts to bring back any person of the state who is stranded elsewhere in the country. The district administration and police force across the state has been told to ensure that migrants from other states who are forced to walk back to their homes states due to suspension of trains and public transport are apprehended, screened for the virus and provided with food. Transportation arrangements to take these migrants safely till the border of their states are also being made.

Gujarat chief minister Vijay Rupani has announced that the state’s BJP government has decided that 60 lakh families, who hold ration cards, will be provide free ration packets which include 3.5 kg wheat, 1.5 kg rice per person, and 1 kg of pulses, sugar and salt per family.

Despite being the country’s most populous state, and thus at the highest risk of community spread of Covid-19, Uttar Pradesh under Yogi Adityanath’s BJP government seems to be blissfully unaware of the urgent need for proactive measures to not just set up more medical facilities for testing suspected coronavirus cases, but also putting in place a comprehensive welfare plan for the state’s large financially backward population. Adityanath seemed to be keen on going ahead with the government-sponsored Ram Navmi Mela in Ayodhya, than chalking out a Covid-19 contingency plan. While the Mela was thankfully put off, a relief package by the state administration is still nowhere in sight.

While the BJP’s ML Khattar government in Haryana has set up a relief fund to seek donations for fighting the pandemic and announced helpline numbers to register complaints of any inconvenience caused due to the lockdown, it is yet to declare any concrete plan for the state’s socially and financially backward. With adjoining Delhi witnessing a steady rise in Covid-19 positive cases, there are enough reasons to sound an alarm across Haryana and coax the state government to proactively declare relief and contingency measures. But Khattar seems satisfied in just applauding the Centre’s belatedly announced Rs. 1.75 lakh crore Pradhan Mantri Garib Kalyan Yojana.

In Madhya Pradesh, the BJP's Shivraj Singh Chouhan appeared more interested in toppling the Congress-led government of Kamal Nath till a week ago. Sworn-in as chief minister of the state on March 23, Chouhan has been busy reshuffling the state's bureaucracy and police force for the past few days, while urging the state's people to take preventive measures against Covid-19. Despite no urgency to prove his majority in the Vidhan Sabha after Nath's resignation, Chouhan asked for a special sitting of the assembly to conduct a floor test which he predictably won unanimously after the Congress legislators refused to turn up. Five days on, Chouhan is yet to declare any real plan against Covid-19.

Telangana chief minister K. Chandrasekhar Rao has been more in news for threatening to issue shoot-at-sight orders for those violating the lockdown than for any relief measures to help the state’s poor in tiding over the coronavirus crisis. His counterpart from neighboring Andhra Pradesh, Jagan Mohan Reddy, too, is yet to announce a comprehensive plan.