‘I Pay A Tax Of Rs 2.75 Lakh A Month’: President Ram Nath Kovind Responds To Criticism On Salary

Kovind embarked on a journey to Kanpur on a special Presidential train from the Safdarjung railway station in Delhi on June 25. 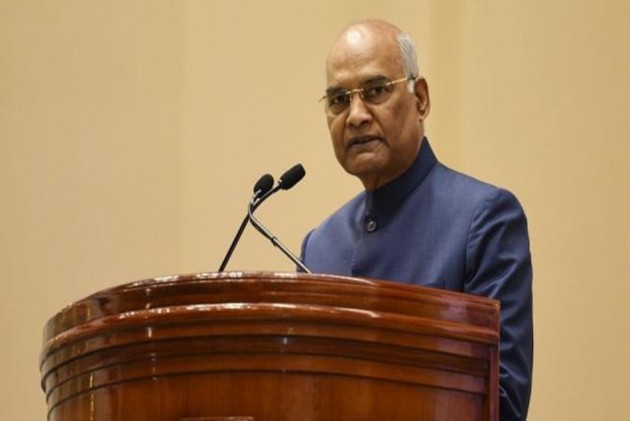 President Ram Nath Kovind who is on a four-day visit to Kanpur stirred up a bit of a controversy. Speaking at a public event, he said that while he does earn a healthy salary of Rs 5 lakh a month as President of India, he is not able to save much, as he pays Rs 2.75 lakh as tax every month.

He pointed out that, as a result of this, he makes fewer savings than several other officials in positions of public service.

Kovind said, "If the president is the highest paid employee of the country, then he also pays taxes. I pay a tax of Rs 2.75 lakh a month. But people only talk about my Rs 5 lakh salary."

‘Never Imagined Village Boy Like Me Would...’: President Kovind At Birthplace

Kovind embarked on a journey to Kanpur on a special Presidential train from the Safdarjung railway station in Delhi on June 25.

The train made two stop-overs at Jhinjhak and Rura of Kanpur Dehat, where the president interacted with his old acquaintances from his school days and the early days of his social service.