Some villages have gaushalas built, but in most cases, like here in Roshanchak near Barabanki, it's just a bamboo-barricaded field with a little asbestos shed. 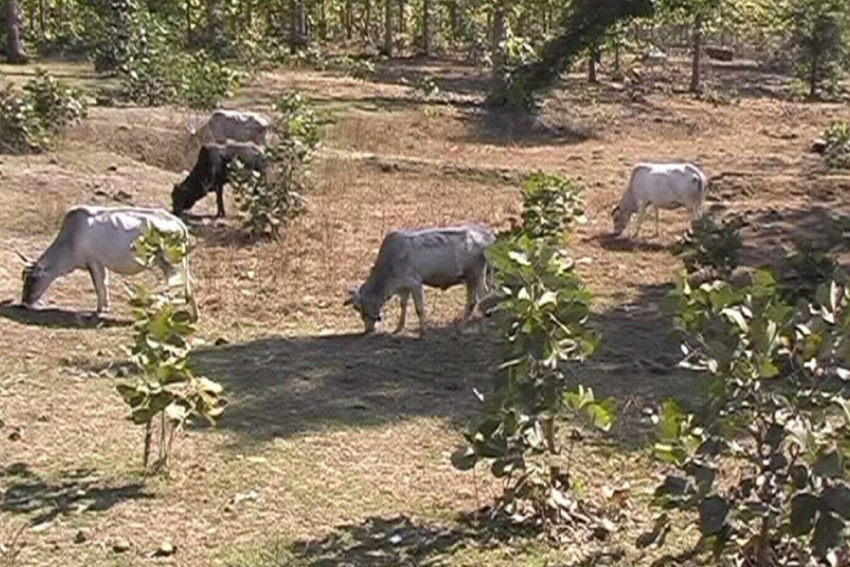 The cow genie is now truly and well out on the fields and neither the villagers nor the government seems to know how to tame it
Satish Padmanabhan 2019-05-06T13:09:57+05:30 Lok Sabha Elections: In Uttar Pradesh, Stray Cattle Keep Farmers Awake And Parties Quiet 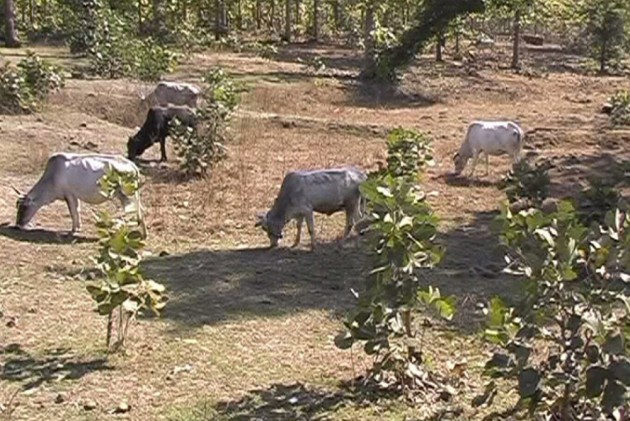 In Uttar Pradesh, the cow is getting the farmer's goat. Stray cattle are an issue which- must-not-be-named in these elections in the state. Priyanka Gandhi does touch upon it in her roadshows in Rae Bareli.

At a gathering in Vishwanath Public School grounds in Achleshwar Chauraha late in the afternoon, a day before campaigning ended in Rae Bareli, she asks a thousand-odd people gathered there -- who started the stray cattle problem? As there is no loud enough response, she asks again -- isn't it the present chief minister and the prime minister? This time they say "haan, haan" (yes, yes).

But Priyanka Gandhi only mentions the problem, offers no solution. The difficulty is acute in the countryside. In village after village, farmers point to it as their biggest headache. In Ulhas Khera village in Mohanlalganj constituency, R.D Rawat Nirmodh says over a 100 stray cattle come into his village every night and play havoc with the crop.

The villagers, with their entire family, including the children, sit up all night guarding their fields and driving the cows away. "What else can we do? The government which brought this policy of banning cow slaughter must come up with a solution," he says.

Some villages have gaushalas built, but in most cases, like here in Roshanchak near Barabanki, it's just a bamboo-barricaded field with a little asbestos shed.

Roli Pal, a first-time voter and a B.Sc student whose father is a small farmer, says stray cattle is the biggest issue in this election in UP. "There is a gaushala in our village, but it is in such a bad state that nobody leaves their cows there. If the parties don't make stray cattle a 'mudda' (an issue) in the elections, how will it be solved?" she asks.

But no party dares to bring it up in the campaign speeches as no party can suggest going back to cow slaughter as the solution. The villagers say earlier they would sell the old cows to agents and forget about it. What these agents did with them was not their concern. But ever since the Yogi Adityanath government started keeping a strict vigil on trade and transport of cows, with the fear of lynch mobs attacking those in the business, not many want to risk it.

But it is a great economic burden on the small farmer to keep old cows that have passed their productive age. "If the government is serious, they should have a scheme to buy back the cows from the farmers once it has stopped giving milk. They should build proper parks to keep them. But are they even admitting that it is a problem?" asks former state chief minister and SP honcho Akhilesh Yadav, when we meet him at the Samajwadi Party office in Lucknow. 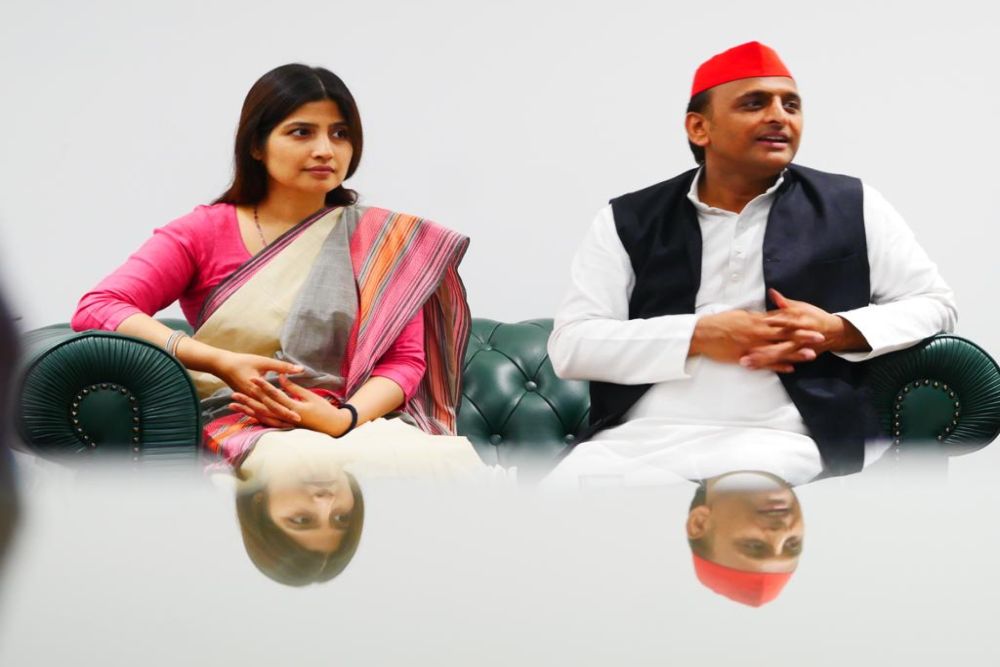 “There really is no solution,” says Raghuraj Pratap Singh, better known as Raja Bhaiya, at his palatial house in Kunda in Pratapgarh, whose Jansatta Dal is contesting in two seats as an independent party. "The cow trade used to have both Hindus and Muslims involved in it. Now, nobody can publicly say let the cows be slaughtered," he says. 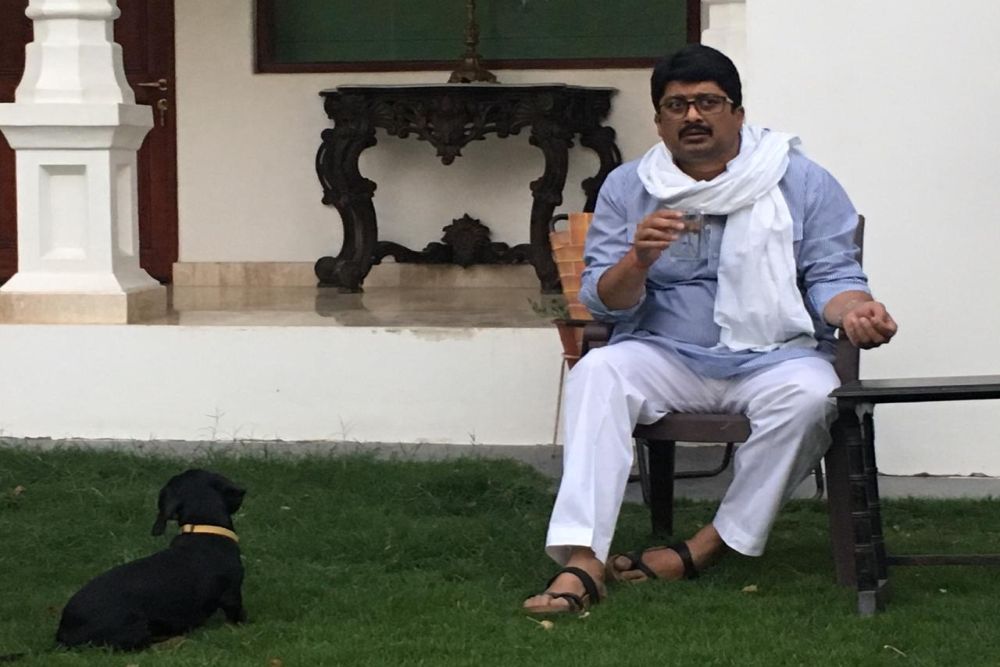 He is not sure if making more gaushalas is the answer and says the villagers must come out with a plan. Former Congress chief of Uttar Pradesh, who joined the BJP in 2016 and now its candidate from Allahabad, Rita Bahuguna admits it's a serious issue.

“This is a problem the government is facing. We are setting up more gaushalas, we have set aside a budget of Rs 120 crore, we are also encouraging villagers to set up voluntary gaushalas. We have increased taxes on liquor which will be used to take care of the cows,” she says.

"That means the BJP government is encouraging people to drink more to protect the cows?" retorts Akhilesh. The cow genie is now truly and well out on the fields and neither the villagers nor the government seems to know how to tame it.