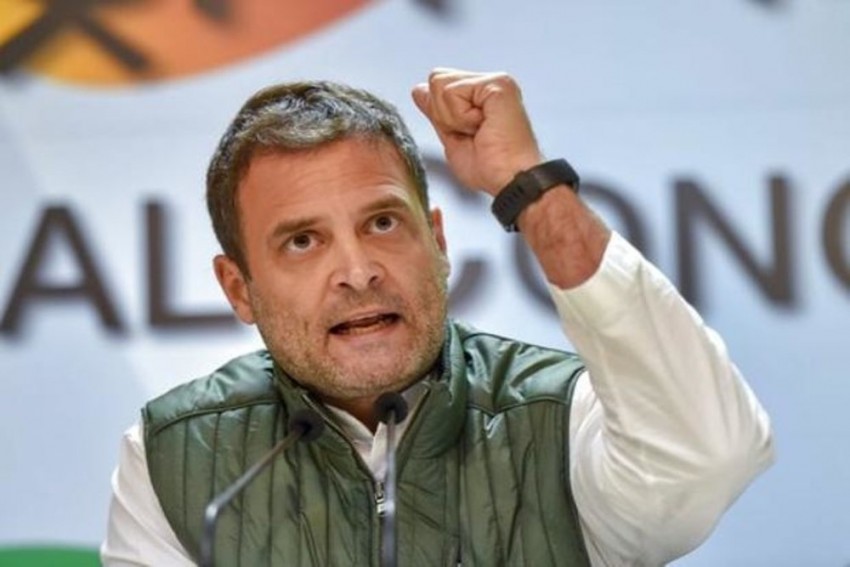 Congress leader Rahul Gandhi on Wednesday hit out at Prime Minister Narendra Modi over the state of the economy, rise in COVID-19 cases and "external aggression" at borders, alleging that India is reeling under "Modi-made disasters".

His attack comes after official data showed on Monday that the country's economy suffered its worst slump on record in April-June, with the gross domestic product (GDP) contracting by 23.9 per cent as the coronavirus-related lockdown weighed on the already declining consumer demand and investment.

Rebutting Gandhi's attack in a video earlier this week on the state of the economy, the BJP had mocked him saying he should release a video about the "G-23", a reference to the 23 leaders who wrote to the Congress chief seeking the party's overhaul.

Chief Economic Adviser K V Subramanian has said the economy was "experiencing a V-shaped recovery" after the lockdown was eased.