The Union Health Ministry said the active cases now comprise 1.02 per cent of the total infections. 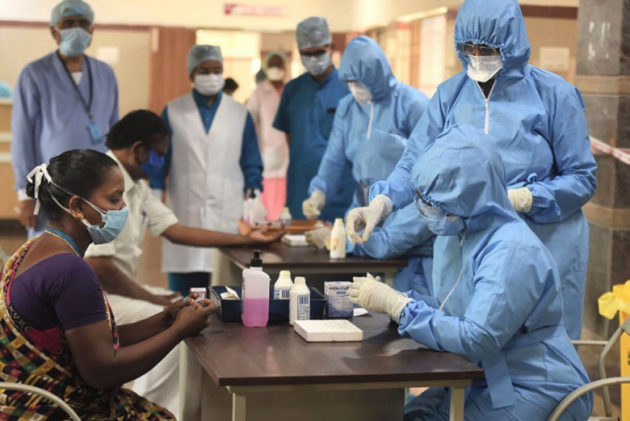 According to Union Health Ministry, the active cases have increased to 3,40,639 in the country.

The active cases now comprise 1.02 per cent of the total infections, while the national COVID-19 recovery rate has been recorded at 97.65 per cent, it said.

The daily positivity rate has been recorded at 2.46 per cent. It has been less than three per cent for the last 19 days, according to the data.

The weekly positivity rate has been recorded at 2.02 per cent. It has been below three per cent for the last 85 days, the ministry said.

The number of people who have recuperated from the disease is 3,26,32,222, while the case fatality rate has been recorded at 1.33 per cent, it said.

The cumulative doses administered in the country so far under the vaccination drive has exceeded 79.42 crore, according to the ministry.