In view of the rapidly escalating violence by the Taliban around the capital city of Balkh province, India has asked its nationals to leave Afghanistan today on a "special flight" from Mazar-e-Sharif – the country's fourth largest city.

The Indian-based staff of the consulate and a number of Indians residing in Mazar-e-Sharif are being evacuated due to the deteriorating security scenario in the city as well as areas around it, officials said.

It is learnt that a special aircraft of the Indian Air Force will evacuate the staff as well as the Indian citizens from the fourth-largest city of Afghanistan.

It asked Indian citizens who want to leave by the special flight to submit the details like their full name and passport number to the consulate immediately.

It is learnt that the consulate in Mazar-e-Sharif will continue to operate through the local staff members. 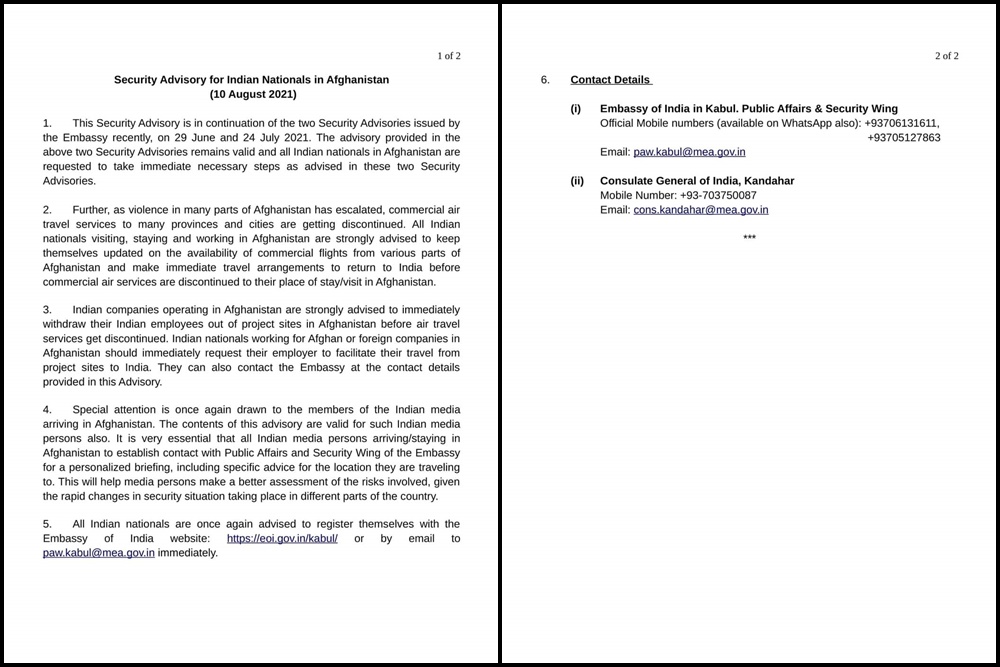 Last month India pulled out around 50 diplomats and security personnel from its consulate in Kandahar following intense clashes between Afghan forces and Taliban fighters around the city.

A special aircraft of the Indian Air Force was sent to bring back the Indian diplomats, officials and other staff members including a group of Indo-Tibetan Border Police personnel.

According to government data, around 1,500 Indians are currently staying in Afghanistan.

Last week, the Ministry of External Affairs said in Lok Sabha that India remained vigilant and is taking all necessary measures to ensure the safety and security of Indians in the conflict-ridden country.

The Taliban has been making rapid advances across Afghanistan by resorting to widespread violence since the US began withdrawing its troops on May 1.

The US has already pulled back the majority of its forces and is looking to complete the drawdown by August 31.