India Will Test Ayurvedic Formulations For Coronavirus Treatment Within A Week: AYUSH Minister

The formulations will be tried as 'add-on therapy and standard care' for patients infected with the virus, the Union minister said. 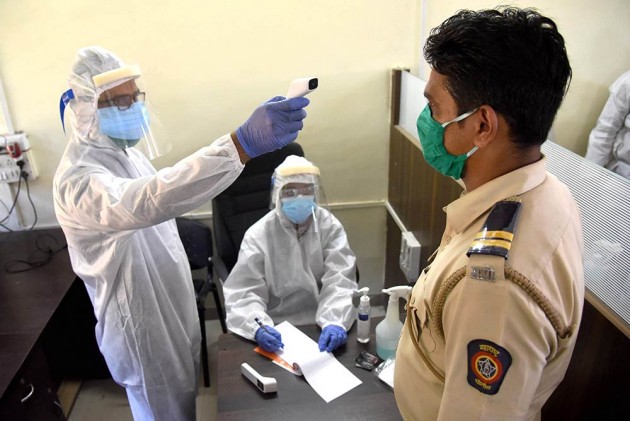 India is working on four formulations of traditional medicine to treat the novel coronavirus or COVID-19 infection and the trials will start within one week, the Minister of AYUSH said on Thursday.

Shripad Y Naik, the Union minister of AYUSH (ayurveda, yoga, unani, siddha and homeopathy), tweeted saying that the ministry is working with the Council of Scientific & Industrial Research (CSIR) to validate four Ayush formulations to treat COVID-19 and these will be tried as “add-on therapy and standard care” for patients infected with the virus.

The @moayush & the @CSIR_IND are working together on validating four Ayush formulations against #COVID19Pandemic and the trials will start within one week. These formulations will be tried as an add-on therapy and standard care for COVID-19 patients.

“I am sure and quite hopefull that, our traditional medicinal system will show the way to overcome this pandemics,” Naik said in another tweet.

On Wednesday, AYUSH secretary Vaidya Rajesh Kotecha told news agency ANI that the AYUSH and CSIR collaboration has a larger perspective. "This is once in a lifetime opportunity. This type of study never happened in our country. These four candidates are -- Ashwagandha, Yashtimadhu (Mulethi), Guduchi + Pippali (Giloy) and AYUSH-64, which was invented for the treatment of malaria and its repurposing is going on," he said and added that result will come within three months.

Earlier on May 7, CSIR Director-General Shekhar Mande had said, "There has been a long-felt need for many of the Ayurvedic formulations. We should actually try from modern science perspective so that we get the acceptability."

"So, we are doing two types of stimulus studies as profile access on the high-risk population for Ashwagandha. We have also planned a competitive study between Hydroxychloroquine and Ashwagandha," he added.