Mount Elbrus is a peak situated on a dormant volcano and has two edges, eastern and western. 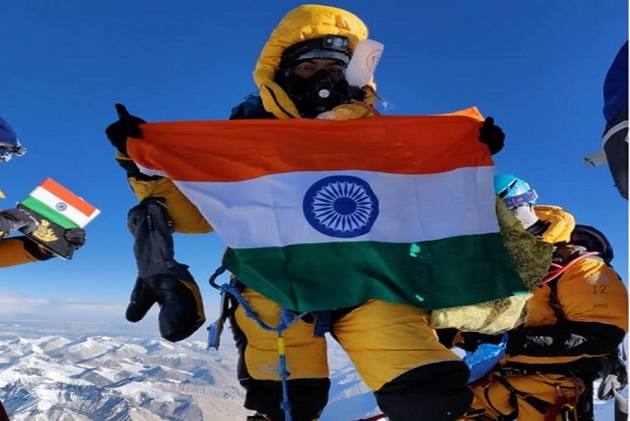 The expedition was led by mountaineer Sheetal, who had scaled Mount Everest in 2019, and sponsored by an NGO named 'Climbing Beyond The Summit' (CBTS).

"The four-member team led by Sheetal reached the summit at 1 pm IST Sunday and unfurled the tricolour there," said Yogesh Garbiyal, an ace mountaineer and the president of CBTS.

The other three members included twin brothers from Rajasthan --Tapan and Tarun -- and Jignit Tharchin from Laddakh, said Garbiyal.

"Mount Elbrus is a peak situated on a dormant volcano and has two edges, eastern and western. While the western edge is 5,642 meters high, the eastern peak is slightly less at 5,621 meters," said Garbiyal.

The team scaled the summit within 43 hours from the base camp made at 3,600 metre height, he said.