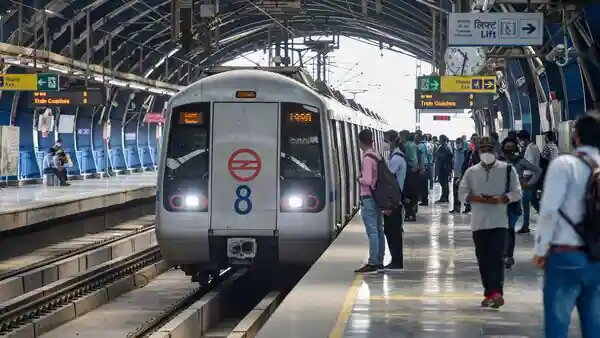 The DMRC on Tuesday inaugurated India's first FASTag-based cashless parking facility at the  Kashmere Gate metro station in north Delhi, officials said.  This is a part of the multimodal integration of transport services initiative

The would also be the country's first metro station to accept payment via the UPI (Unified Payments Interface) mode, they added.

The Kashmere Gate station was built on the Red Line and has interconnectivity with the Yellow and Violet lines.

As part of the multimodal integration initiative (MMI), dedicated intermediate public transport (IPT) lanes for autorickshaws, taxis and e-rickshaws were also inaugurated at the station, the officials said.

"For the first time in the country, a FASTag-based and UPI-based cashless parking facility was launched on Tuesday at the Kashmere Gate metro station by Mangu Singh, MD, DMRC, in the presence of senior officials of the DMRC and the National Payments Corporation of India (NPCI)," the DMRC said in a statement.

This exclusively cashless parking facility, located at Gate No.6 of the metro station, can accommodate 55 four-wheelers and 174 two-wheelers, it said.

"The entry and exit and payment by the riders of four-wheelers can be done through FASTag. The parking fee will be deducted through FASTag, which will reduce the time for entry and payment. Only the vehicles bearing FASTag will be allowed to park at this facility," the statement said.

The entry for two-wheelers can be done only by swiping the DMRC smart card. The smart card swipe is used only for registering the time of entry and exit and fare calculation, and no money will be deducted from it.

The parking fee for two-wheelers can be paid through UPI-based apps by scanning a QR-code. In the future, the payment can also be made through the DMRC card and the NCMC (National Common Mobility Card), the officials said.

The Kashmere Gate station's facility is a "pilot project" under the MMI of the DMRC, which is planning to set up similar systems at more of its parking facilities across Delhi-NCR, they added.

In addition, the IPT lanes for autorickshaws, taxis and e-rickshaws at Gate No. 6 and Gate No. 8 will enable a smooth movement of vehicles and enhance the last-mile connectivity at the station, the DMRC said.

In the second phase of the MMI, which is under construction, there will be a food court (to be established by the DTIDC) and also a bus terminal (three lanes with a capacity of five buses each) to be constructed by the DMRC, it added.

After the completion of the second phase, the Kashmere Gate area will become a transportation hub, integrating metro connectivity on Line-1, Line-2 and Line-6 with parking facilities, the ISBT Kashmere Gate, the City Bus Service and taxi, autorickshaw and e-rickshaw services, the DMRC said.

These facilities will provide a major relief to the commuters travelling to and from the Kashmere Gate station, which is connected to a major inter-state bus terminus (ISBT) and several offices around the station.

"The cashless parking project is a major step as part of the government's 'Digital India' initiative. We have taken this up as a pilot project. After observing the response, we will plan similar systems at more parking facilities at our stations," the DMRC chief said.

"In fact, we will explore more opportunities to go digital wherever there is scope. This will not only help us in modernising the facilities, but will also help commuters saving their time and ease the process. Under the MMI, we have many other projects, which will be implemented in a graded manner," Singh said.

Both the FASTag and UPI systems were developed by the NPCI.

"We are pleased to partner with the DMRC to introduce the country's first 100 per cent digital parking plaza, along with the NETC FASTag contactless car parking solution, at their Kashmere Gate metro station. The parking plaza would accept the NETC FASTag for four-wheelers and UPI payments for all two-wheelers," said Praveena Rai, Chief Operating Officer.