Jaishankar In Doha: India, Qatar Exchange Views On The Situation In Afghanistan

Qatar's capital Doha has been the venue for the intra-Afghan peace talks and the Gulf country has emerged as a crucial player in facilitating the Afghan peace process. 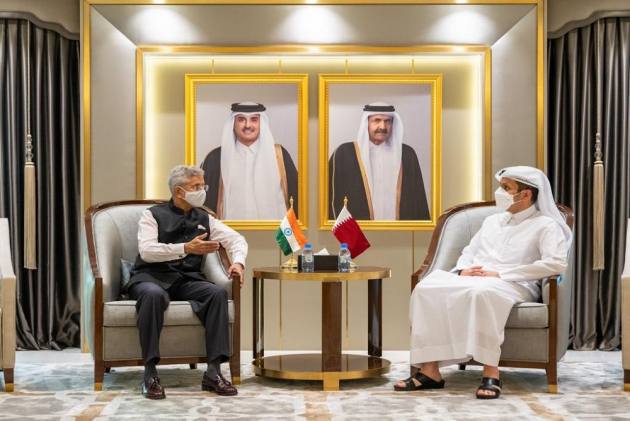 Doha has been the venue for the intra-Afghan peace talks and Qatar has emerged as a crucial player in facilitating the Afghan peace process.

The Taliban's political leaders have been residing in the Gulf country for years.

Jaishankar had stopped over in Qatar's capital Doha on his way back home from a four-day visit to the US.

The talks came five days after Afghan capital Kabul fell to the Taliban after it swept across Afghanistan, seizing control of almost all key towns and cities in an over month-long offensive following the withdrawal of the US forces.

The Qatari foreign minister, who also holds the post of deputy prime minister, said the discussions included the recent developments in Afghanistan.

"Delighted to welcome again my colleague @DrSJaishankar, #India's Minister of External Affairs. Our discussion included ways of developing the historical relations between our two friendly nations, along with the recent developments in #Afghanistan," he said on Twitter.


On Tuesday, India completed the evacuation of all its diplomats and other staff members from Kabul under a difficult and complicated exercise, two days after the Taliban's takeover of the Afghan capital.

The mission to evacuate close to 200 people including the Indian envoy and other staffers in two military aircraft was accomplished with support from the US.

Meanwhile, unconfirmed reports said the Taliban has been carrying out door-to-door searches of several embassies in Kabul and had gone to the Indian mission complex as well.
Jaishankar had made two stopovers at Doha in June during his visit to Kenya and Kuwait.
Qatar had also hosted talks between the Taliban and the United States.