Jammu And Kashmir Govt Appoints J-K Bank Director, Then Asks Him To Sit At Home

Experts in Jammu and Kashmir say since the RBI is currently struggling with larger issues of economic slowdown, they seem to have put the appointments at J&K Bank on a back burner. 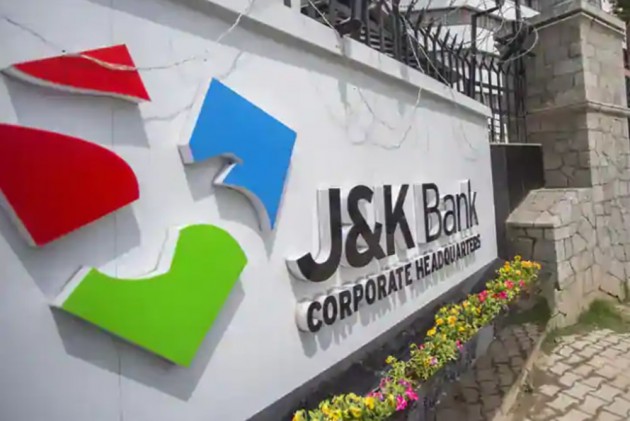 Six months after appointing the new Managing Director (MD) of J&K Bank, the government hasn’t made any effort to get clearance for him from the Reserve Bank of India (RBI).

This leaves  the incumbent in-charge chairman of the bank with the dual post of Chairman and Managing Director (CMD).  This ad hoc arrangement continues despite the government having pledg ed to split the post of the chairman and the MD of the bank.

Senior government officials are reluctant to talk about the issue on the record, describing it a non-issue, and  insist that they have brought about transparency in the bank and have made it one of the safest banks in the country.

On April 24, 2020, J&K bank invited applications for the position of MD. According to sources, 38 candidates applied for the post in response to the advertisement. On May 12, 2020, interviews were held for shortlisted candidates by a search committee  constituted by the government and comprising three members under the chairmanship of Ex Union Corporate Affairs Secretary, Tapan Ray, Financial Commissioner, J&K, Dr Arun Kumar Mehta and Officer on Special Duty (OSD) in the department of Financial Services, Union Ministry of Finance, Anan, d Madhukar.

Senior vice president at HDFC Bank, Zubair Iqbal was finally selected and appointed to the post of MD.  On May 15, 2020, the Government of J&K, Finance Department issued the order nominating him as a government nominee for director on the Board of J&K Bank for a period of three years. Thereafter, the Board of Directors of J&K Bank Ltd. in its Board meeting held on May 17, 2020,  passed a resolution appointing him as Managing Director for a period of three years.

Iqbal resigned from HDFC Bank May 16, although he had still seven years of active service with the HDFC, and joined J&K Bank on May 18.

Though the RBI usually clears such appointments within 90 days, there is still no word from the government on it.  The latest communication from RBI to the bank was on October 5 when the term of the current incumbent CMD was again extended by six months or till the appointment of the MD, whichever is earlier.

The current chairman and managing director of the bank Rajesh Kumar Chibber was made interim chairman for a period of three months in June 2019 post the ouster of his predecessor Parvez Ahmad. Since then, his term has been extended every three months; the latest extension is for six months.

Experts in Jammu and Kashmir say since the RBI is currently struggling with larger issues of economic slowdown, they seem to have put the appointments at J&K Bank on a back burner. The pandemic and related issues have given a cover to the government as well as the RBI to stall the split of the post of the Chairman and appointment of a new MD.

However, other sources say the government is not showing any interest in the issue. “If the government could get clearance for the current incumbent chairman from the RBI in a day, why the deliberate delay in this case?” says a bank insider. It looks, the insiders say, the current dispensation at the helm of affairs would prefer an MD from Jammu, and that  is the reason for such a delay in his appointment.

The Finance Commissioner of the government was not available for comment. Zubair Iqbal refuses to talk on the issue saying "the government will be in a better position to respond."  Others in the government say there is nothing to write about. They say the RBI is a regulator and the government has no authority over the regulator. They insist the government wanted to split the posts of chairman and the MD, but it is being withheld due to the clearance from the RBI.