Joe Biden Picks Kamala Harris As His Running Mate: What It May Mean For India

Indians are happy because Harris has her roots in Chennai. But the Narendra Modi-led government at the Centre may not share the same enthusiasm as a Democratic presidency is regarded in India as intrusive, especially on human rights issues. 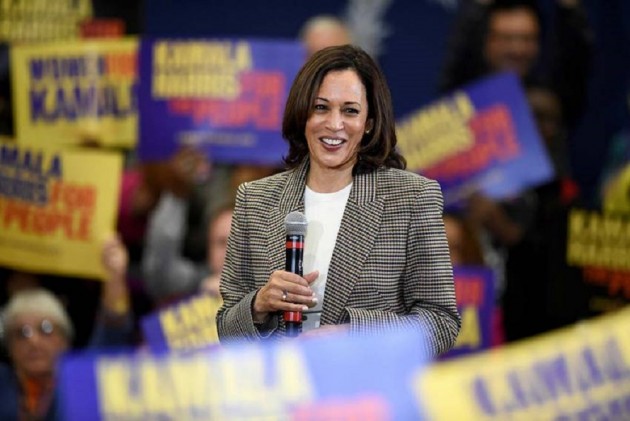 Indians are happy because Harris has her roots in Chennai. Her mother, Shyamala Gopalan, was a cancer researcher and civil rights activist. Born in Chennai, she went to America for higher studies, where she married a Jamaican professor and settled there. Harris has invoked her Indian mother on several occasions.

But the Narendra Modi-led government at the Centre may not share the same enthusiasm as a Democratic presidency is regarded in India as intrusive, especially on human rights issues.

Kashmir has been in news after the abrogation of article 370, and Harris has been a vocal critic of India’s Kashmir policy.

Harris had said she was “deeply troubled” by these developments. On being asked about the situation in Kashmir, she said in October 2019: “We have to remind the Kashmiris that they are not alone in the world. We are keeping a track on the situation. There is a need to intervene if the situation demands.”

Harris also backed another Indian-American Congresswoman, Pramila Jayapal, and had obliquely criticised External Affairs Minister S Jaishankar in December last year after he refused to meet a Congressional foreign affairs panel because Jayapal had introduced a resolution on Kashmir in the House of Representatives. He called off the meeting because the panel refused to drop her.

"It's wrong for any foreign government to tell Congress what members are allowed in meetings on Capitol Hill," Kamala Harris said in a tweet at that time.

Even Biden had been critical of the Citizenship Amendment Act and asked New Delhi to take all necessary steps to restore rights of the people of Kashmir. “In Kashmir, the Indian government should take all necessary steps to restore rights for all the people of Kashmir. Restrictions on dissent, such as preventing peaceful protests or shutting or slowing down the Internet, weaken democracy,” read a policy paper—Joe Biden’s agenda for Muslim American community’—posted on his campaign website.

If Biden and Harris win the November elections, the Kashmir issue, the National Register of Citizens (NRC), and the CAA will be under the scanner. Donald Trump had overlooked all this, but a Democratic President will find it impossible to turn a blind eye to issues that are part of the party’s core belief.

Prime Minister Modi shares an excellent equation with Trump and had indirectly endorsed him at the Howdy Modi rally in Texas last year. Trump may be lashing out against India on trade and tariff barriers, but at no time has he called out New Delhi for situation in Kashmir or the communal riots in February when he was in the national capital. Indeed, Trump himself has been attacked for separating immigrant families at the US-Mexico border and the hounding of migrant workers. Promoting human rights or championing liberal values across the world, as most American presidents do, has never been of any interest to Trump.

But for Modi, Trump has been a good friend. The Howdy Modi event in the US, with Trump in attendance and the huge public rally in Gujarat organised by the PM to greet the US President on his first visit to India, have never been done before for any foreign leader. Trump was both delighted and flattered. He also hoped that the huge India-American crowds that poured in for the Texas event, will finally pull in the votes for him.

The Modi government would well prefer a Trump victory rather than the Biden-Harris victory. Harris may have a deep Indian connection, but unlike to keep quiet on vexing human rights issues.