Karnal Protests: Another Round Of Talks Between Farmers, Officials Today

The Karnal standoff enters the fifth day on Saturday 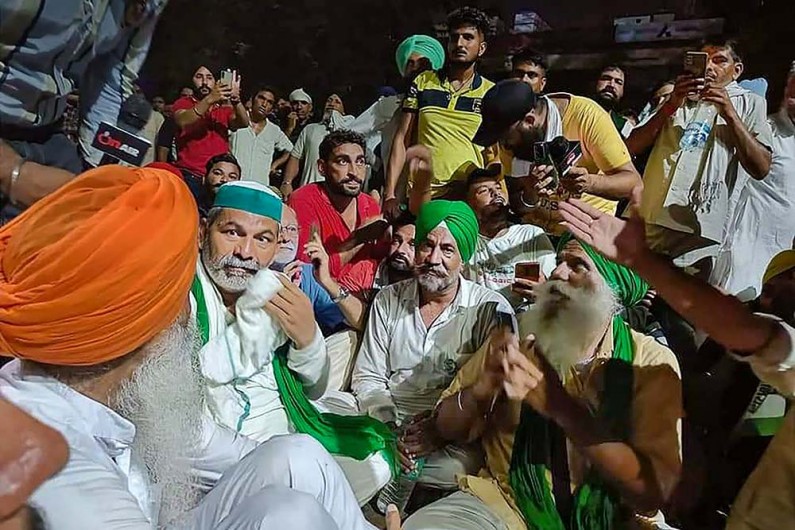 As the Karnal standoff enters the fifth day, farmers union leaders and officials of the district administration will hold another round of talks Saturday

Both the sides had held a four-hour-long marathon meeting on Friday and said the meeting was held in a cordial atmosphere.

Farmers had started a dharna outside the district headquarters in Karnal on Tuesday against the police lathicharge on August 28.

Their main demands centred around the suspension of then SDM Ayush Sinha, who was caught on tape allegedly telling policemen to "break heads" of farmers if they cross the line.

They had also claimed that a farmer died after the August 28 violence, an allegation rejected by the administration.

“We held a discussion for four hours. Some positives have come out and another meeting will be held on Saturday,” Karnal Deputy Commissioner Nishant Kumar Yadav said.

Asked if the administration has agreed to any of the demands of the farmers, he said, “lt will not be right to comment anything more at this stage. Let another scheduled meeting take place first.”

However, the DC said the talks remained positive.

“Yes, there is positive development,” he said replying to another question.

Koth told reporters that the meeting was held in a cordial atmosphere.

“The meeting was positive. But there are some things which we will take up in Saturday's meeting. We are hopeful that the issues will be resolved soon,” said Koth.

However, he did not divulge details of what exactly transpired during the meeting.

“As a follow-up meeting is scheduled on Saturday, let us first wait for that,” he said.

Chaduni said, “We will also talk to other leaders of the Samyukt Kisan Morcha and apprise them of details of today's meeting.”

When asked if the meeting can be termed as positive, Chaduni replied in affirmative.

Some senior leaders of the Samyukt Kisan Morcha are expected to take part in the Saturday's meeting.

On Thursday, Home Minister Anil Vij had said the government is ready for a probe into the last month's clash between farmers and police but warned that farm leaders too could face action if they're found to be at fault.

Vij offered an "impartial" inquiry into the "entire Karnal episode" as farmers continued their dharna outside the Karnal district headquarters demanding action over the August 28 lathicharge.

Earlier, talks between district officials and farmers had failed, after which the protesters had said they will continue their sit-in "indefinitely" at the district headquarters.