The Peoples Democratic Party expelled all those leaders who met the envoys of foreign countries. 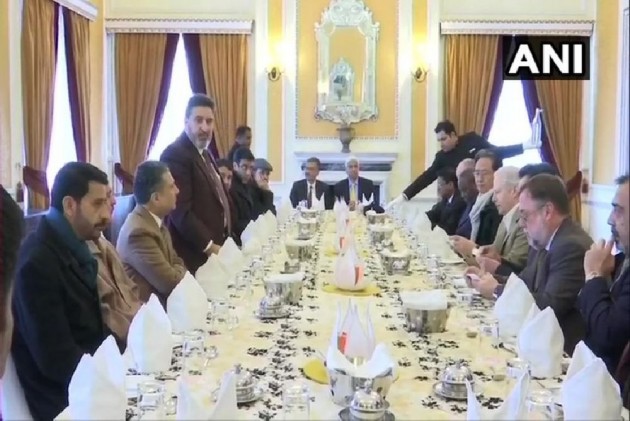 The envoys of 15 foreign countries, who are on a two-day visit to Jammu and Kashmir met politicians, civil society members and some journalists to assess the situation on the ground.

Almost all of them raised the issue of the domicile laws, restoration of statehood and resumption of the Internet.

However, the meeting, held at Hotel Grand Lalit by the banks of the Dal Lake, did not find mention of Article 370 that was nullified on August 5 last year.

“I think they were more eager to know about the larger picture of Kashmir issue and implications of abrogation of Article 370 on the geopolitics of the region. We mostly talked about safeguarding the land and jobs after the abrogation of special status,” said a senior journalist, pleading anonymity.

The latest visit of the foreign envoys from the United States, Norway, South Korea, Vietnam, Philippines, Maldives, Morocco, Argentina, Niger, Nigeria, Guyana, Fiji, and Bangladesh is seen as a significant development in contrast to the previous visit of the EU envoys. for the Valley remained calm on this visit.

The European Union, however, rejected the invite. They are believed to have said they would visit the Valley on a different date and stressed on more access and meeting with former chief ministers who have been detained since August 5 last year.

However, the restive region’s oldest political party, National Conference (NC), described the arrival of the envoys as a “guided tour”. The said the visit aimed at portraying that “normalcy has been largely restored" even though three former CMs continue to remain under detention.

The envoys also met some political leaders of Jammu and Kashmir which were led by Altaf Bukhari, a former finance minister in the People’s Democratic Party (PDP)-led government. Bukhari told reporters that there was no harm in meeting the foreign envoys. He said his interaction was in no way going to delay the release of political prisoners.

He said that all political prisoners, including former chief ministers, should be released forthwith.

Later in the day, the PDP expelled all those leaders who met the delegation.

“In view of the developments post-August 5 and the unilateral move of the Government of India, which has violated the will (of the people) and hurt the sentiments of people, it has come to attention of the party that certain party leaders have been part of the parleys which go against the interests of the state, official position and the core beliefs of the party,” the PDP said in a statement, adding that “(The) party’s disciplinary committee has thus recommended the expulsion of all these leaders from the basic membership of the party.”

On their arrival, the envoys were escorted by the Jammu and Kashmir Police.  They drove them to Army’s 15 Corps headquarters at Badami Bagh Cantonment. The Army briefed the envoys about the “threat posed by Pakistan, infiltration and the efforts that are being made to restore normalcy in Kashmir.”

Journalist Majid Hyderi told Outlook that he apprised the visiting delegation about the ground realities of Kashmir.” “They listened to me patiently and were all ears.”