Sooraj S Kumar, the husband of Uthra, his then 25 year old wife, was awarded life imprisonment by a Kerala Sessions court on Wednesday. Judge VI Manoj M termed this as a 'rarest of the rare' case. 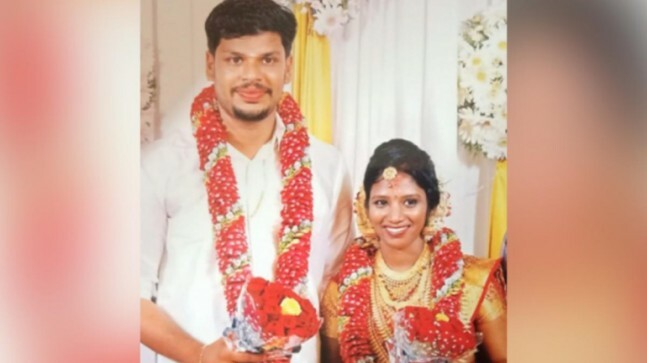 A sessions court in Kerala on Wednesday awarded a life sentence to the accused in the Uthra murder case. The accused was the victim's husband who was held responsible for killing his wife using a cobra.

On October 11, the court had held the husband -- Sooraj S Kumar -- guilty of murder, poisoning, destruction of evidence and also attempt to murder for his first try at killing his then 25-year old wife -- Uthra -- by using a viper.

Additional Sessions Judge-VI Manoj M, who pronounced the sentence, said the case was a rarest of the rare, but looking at the young age of the convict -- 28 years now -- it decided to award him life sentence instead of death, a lawyer present in the court said.

The lawyer also said that the court awarded Kumar life sentence for the offence of attempt to murder, 10 years for poisoning and seven years for destruction of evidence.

Kerala DGP said while the accused was convicted,  that this was one of the shining examples of how scientifically and professionally a murder case was investigated and detected.

The court also imposed a total fine of Rs 5.85 lakh on the convict, the lawyer said.
Sooraj had killed his wife Uthra by letting a cobra bite her in her sleep in May last year.