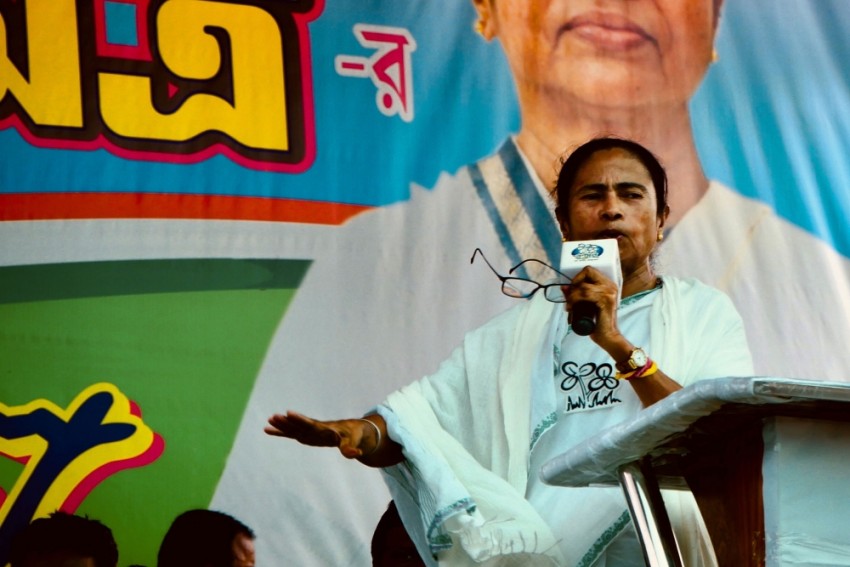 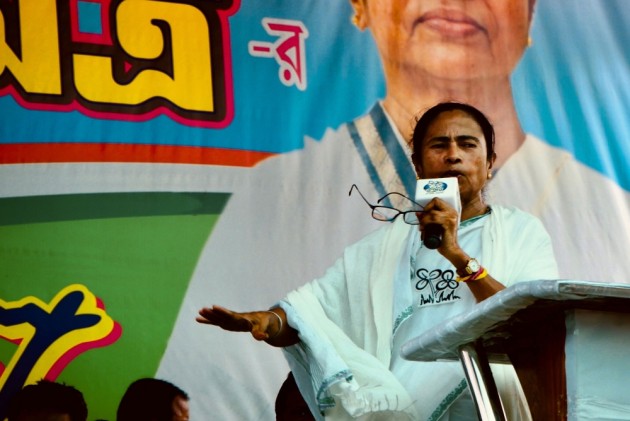 Upstream from Kolkata as the Hooghly winds its way, on a clouded but humid day, the old cantonment town of Barrackpore is aflutter with the tricolour-and-grass flowers Trinamool Congress (TMC) flags. The townsfolk are walking towards Jalebi Maidan, nobody knows for certain why it's called that, to see and hear Mamata Didi. "I will not spare anyone who indulges in violence and goondagardi," thunders Mamata Banerjee, diminutive but a livewire on stage. "If I am found guilty of violence, I will put myself in jail," she adds with a touch of the surreal.

Roughly a quarter of her speech is about the problems of Barrackpore, how she will solve them, the development projects she has lined up for the town ("There's a plan to build an airport in Barrackpore. But I need about 100 acres for it and there's no land available. A committee is looking at how to get around it."). In the rest of her speech she tips the vat of vitriol she has saved for Prime Minister Narendra Modi. "He used to say he was a chaiwala. God knows if that was true. He used to roam around with a kaitley (kettle). Now he roams around with a Jaitley, who is also in the country only for six months," she goes high-pitched, high-strung, rat-a-tat. Now she moves away from the lectern, cordless mike in hand, paces the stage, pauses for effect. "Now what does Modi Ji says he is?" Pause. "Chowkidar" Pause. "And the Chowkidar is...", she enquires, pointing the mike towards the crowd. "Chor hai..." It roars back. 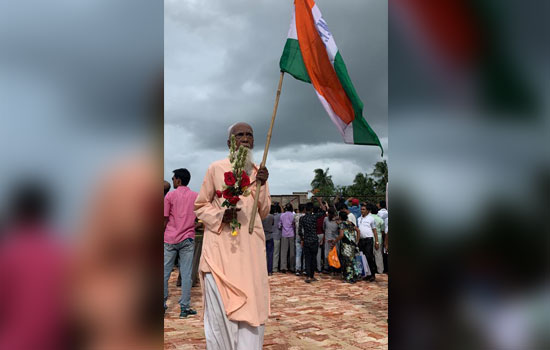 The crowd is quite thin, just a few thousand people, but its connect with Didi is electric. Her speech has a lot of Hindi as Barrackpore, centre of the old jute belt, has traditionally had a sizable Hindi-speaking population. She mentions Mangal Pandey, the mutineer hero from this town, talks of Chhat Puja and inclusive culture of its people. Senior Trinamool leader and former railway minister Dinesh Trivedi is the candidate from here part of his speech is also in chaste Hindi. "I would reckon about 35% of the voter is Hindi speaking. These are old migrants who came from Bihar, Uttar Pradesh and other places for the jute trade. They have thrived here, and the biggest Chhat Puja outside Bihar would be in my constituency," says Trivedi when we meet him later in the evening at the Dalhousie Institute in Park Circus. What about the BJP's charge that the Trinamool has let loose its thugs to beat up rivals, that West Bengal is the only state where there has been poll violence? "I can tell you with my long innings in politics, goondas can thrive only if they have the backing of the police. Our leader has a zero-tolerance towards violence," he says.

Rubbish, says Shishir Bajoria, industrialist and BJP leader. "It has been a murder of democracy in West Bengal in these elections. The TMC goons have gone berserk.  Our candidates have been targeted, beaten up and threatened. It is a sign how insecure Mamata Banerjee is and the people will deliver a fitting reply," he says. He also adds the media is biased and has not reported poll violence in West Bengal fairly. He of course believes the BJP will come back to power in the Centre with a majority all its own, and get more than half the seats in West Bengal.

Yashwant Sinha, former senior BJP leader and now the go-to man for any Opposition unity bloc, believes it will be impossible. He calculates the NDA will be short of about 45 seats and once it becomes clear it won't form a government, more smaller parties will veer towards the other camp. "In such a scenario, Mamata Banerjee will play an important role as Trinamool will emerge, according to me, as the third largest party. She will be the most acceptable person for the anti-Modi, anti-Rahul Gandhi parties," he says.

Mamata is only too aware of it. In her next rally that day at Rajarhat, the aspirational suburb of Kolkata, she stays clear of local issues. Unlike in Barrackpore, the emphasis of her speech here is how Modi and the BJP are playing the dangerous game of changing the DNA of this country. "Modi Ji says don't eat fish, don't eat meat, don't eat eggs. Why? Just because he doesn't eat? He has stopped non-vegetarian meals in the state-run Air India. Who is he to decide what should we eat?....He is accusing us of running the syndicate (a sort of protection money paid to thugs to get things done in the state). But he is running the biggest syndicate of them all, the RSS syndicate, the lynching syndicate," she goes in her characteristic breathless delivery. There is that chowkidar routine with the crowd here too. But added to that, she says Modi hatao and the crowd responds--desh bachao (remove Modi, save the country). We catch her for a quick chat after her speech where she says she doesn't consider the TMC as regional party but a national party. What about Modi's claim that 40 of her MLAs are in touch with him on a regular basis? "Then he is admitting to horse trading. It's a crime," Mamata retorts.

The conventional wisdom of local journalists, campaign managers and people on the street is TMC will get about 30 seats, but more importantly the BJP about eight, that is four times what it got in 2014. The saffron spread in the east may not be accompanied by loud blaring of vuvuzelas, but the West Bengal verdict will show if Mamata has been able to stem its slow and steady March.