The book is a narrative of epic proportions that casts an unflinching gaze at the country’s capital as it changes into the megalopolis that it is today. 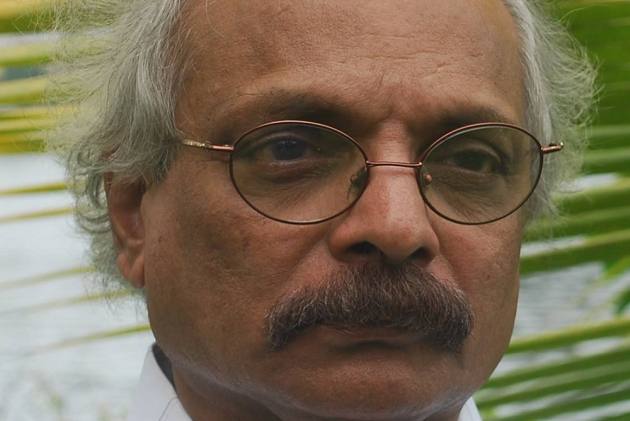 'Delhi: A Soliloquy' by Malayalam writer M Mukundan has won the 2021 JCB Prize for literature, the most expensive Indian award for writing.

The book originally written in Malayalam has been translated into English by Fathima E.V. and Nandakumar K.

This is the third translation that has won the JCB Prize after S Hareesh's 'Moustache (2020) and Benyamin's 'Jasmine Days' (2018).

Published by Westland, the book is a narrative of epic proportions that casts an unflinching gaze at the country’s capital as it changes into the megalopolis that it is today.

“It is a moment that I will cherish all my life. In India, we have many awards, big and small but the JCB Prize is incomparable. It is an award of great magnitude. It gives the selected book and its author an immense visibility beating all the borders of cultures and languages.

“This award will help me to reach out to non-Malayalam readers in particular across the English speaking countries, maybe even beyond that if the book is translated in other languages,” Mukundan said while accepting the award.

The award carries a cash prize of Rs 25 lakh for the author. The translators will receive Rs 10 lakh.

“Delhi: A Soliloquy” was chosen as the winner out of the shortlist comprising five books, by a jury chaired by author and literary translator Sara Rai.

"'Delhi: A Soliloquy' by M Mukundan speaks with grace and poise of the 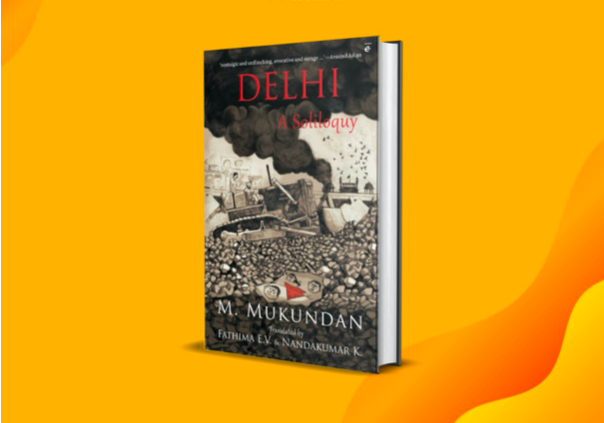 large lives of small people in a city with a broken soul. Clairvoyant in its human empathy,
this extraordinary book is the distillation of a lifetime of experience," Rai said.

Other books on the shortlist were —"Anti-Clock" by V J James, "Name Place Animal Thing" by Daribha Lyndem, "The Plague Upon Us" by Shabir Ahmed Mir, and "Gods and Ends" by Lindsay Pereira.

Originally published in 2011 as "Delhi Gathakal", Mukundan’s book chronicles the story of the changes that the Indian capital underwent with a twenty something Sahadevan’s life as the backdrop.

Journeying through life, he comes across immigrants scattered across the city, all struggling in their own ways. The book is about forging friendships, and finding his own people in a city he comes to call home.

The book is inspired from the author's experiences of living and working in Delhi for forty years as a Cultural Attaché at the French embassy. In 2004, he retired from that position and returned to Mahe, his hometown in kerala.

“This is a novel about the poor people of Delhi, who live in the filth. I lived for about 40 years in Delhi. 36 years I was working and four years I was wandering. Wanderlust is good for a writer, I think.

“I was wandering around all the time…in Old Delhi and the Govindpuri area and other such places…where we can’t even imagine the conditions in which people were living…there were homeless people, starving people and I spent a lot of time with them. Everything that I have written in this book comes directly from my experiences, from what I heard, from what I saw,” the author said.

Mukundan rose to critical acclaim and popularity with "Mayyazhippuzhayude Theerangalil" (1974).

His stories and novels have been widely translated into various Indian languages, English and French. He has been awarded Ezhuthachan Puraskaram, the highest literary honour given by the Government of Kerala, the Crossword Book Award twice, first in 1999 for "On the Banks of the Mayyazhi" and again in 2006 for "Kesavan’s Lamentations", and the Sahitya Akademi award and N.V.¯Puraskaram for Daivathinte "Vikrithikal" (God’s Mischief).

His other major works include "Kesavante Vilapangal" (2009) and "Prasavam" (2008). He was presented with the insignia of Chevalier in the Order of Arts and Letters by the French government in 1998.

He also served as the president of the Kerala Sahitya Akademi from 2006 to 2010. Four of his books have been adapted into award-winning films.