The issue of the left out deaths was also discussed in a review meeting held by Chief Minister, Shivraj Singh Chouhan on Tuesday. 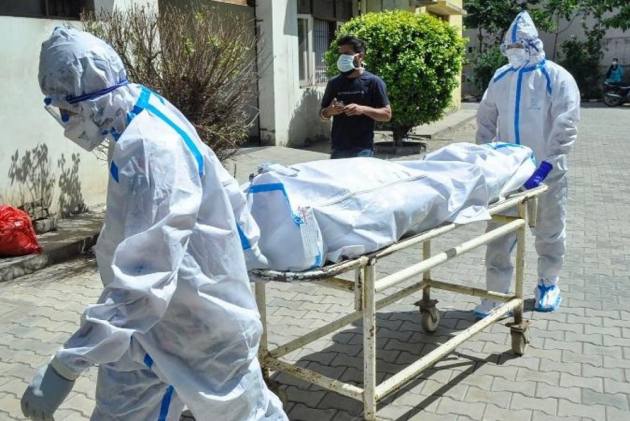 While the BJP-led MP government said the fresh data release on Monday showed it was functioning in a "transparent" manner, the opposition Congress said this has vindicated its claim about the Shivraj Singh Chouhan government "hiding" the COVID-19 death figures. The Congress also demanded resignation of state Home Minister Narottam Mishra.

The MP health department in a bulletin on Monday said according to information collected from various districts as on July 12, the COVID-19 death count in the state has reached 10,506 after adding 1,478 "backlog" fatalities.

It said 208 of these deaths were reported among patients kept under home isolation, 762 deaths in private hospitals and 508 people who died at places other than their native districts.

Earlier, these deaths were not reported in the proper format, the bulletin said.

State Medical Education Minister Vishvas Sarang on Tuesday told reporters that the release of fresh data shows the "transparency of our government".

“When the pandemic was at its peak, the fatalities occurred in private hospitals and the numbers of those who died in places other than their native districts were not reported. Besides, the deaths in home isolation were not reported. So, the data has been reconciled with these 1,478 deaths,” Sarang said.

“MP Congress chief Kamal Nath had alleged that the state government was hiding the death figures of coronavirus victims. These death figures are more than the fatalities declared during the second wave of the pandemic in March, April and May,” he said.

Gupta sought resignation of state Home Minister Narottam Mishra, claiming the BJP leader had said he would step down if the allegations of Congress were found correct.

On the other hand, Sarang refuted all the allegations, saying the Congress was sensing something "fishy in everything" because it believed in hiding the facts.

"Our government's functioning is transparent," the BJP leader asserted.