Not Much Impact Of Cyclone Gulab In Odisha: Officials

The officials said the situation in the state due to cyclone Gulab remains normal so far. 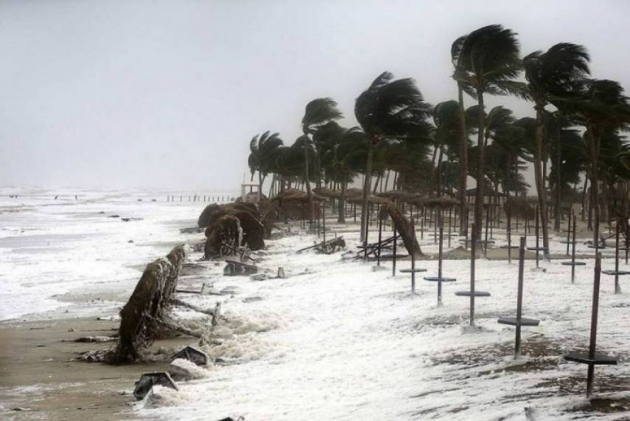 The Odisha government on Monday said cyclone Gulab did not have much impact in the state.

The officials said the road connectivity was partially affected, due to landslides and uprooting of trees at some places in Gajapati, Koraput and Malkangiri districts.

The East Coast Railway said 16 trains have been cancelled in view of waterlogging on tracks in the Visakhapatnam-Vizianagaram-Rayagada section.

Cyclone Gulab made landfall at a place in Andhra Pradesh, about 95 kilometres from Gopalpur in Odisha where a large number of people have been evacuated as a precautionary measure.

Jena said the state government has so far evacuated 46,075 people, including 1,533 pregnant women, to safe places, where the district administrations have made arrangements to provide dry and cooked food to them.

Fishermen have been advised not to venture into westcentral and northwest Bay of Bengal and along and off Andhra Pradesh and adjoining Odisha coasts in the next 12 hours, the IMD said in a bulletin on Monday morning.

"The cyclone situation in Odisha remains by and large normal though trees are uprooted and houses damaged in some places," the SRC said.

The road between Vijaynagaram in Andhra Pradesh and Sunki in Odisha's Koraput has been disconnected due to a landslide, while trees fell on Lamtaput-Vishakhapatnam road at Kanchana, disrupting communication, he said.

Trees were also found uprooted on thoroughfares at Kunduli under Pottangi police station limits, he said, adding that movement of vehicles was also affected in several places of Gajapati district as roads were blocked due to landslides.

Road transport was also disrupted due to falling of trees at Tarlakota in Malkangiri which witnessed heavy rainfall on Sunday night, while asbestos roofs of several houses were damaged in the Raleguda block, a district official said.

Due to overnight downpour, a portion of the National Highway-26 was submerged near the government hospital at Sunki on Monday. A team of Odisha Disaster Rapid Action Force personnel rushed to the area and evacuated people to a nearby large multi-purpose cooperative society office, Jena said.

The Ganjam district administration has sealed the Soroda-Daringbadi ghat road, anticipating a landslide due to heavy rainfall on Sunday night.

Teams of the ODRAF and the National Disaster Response Force have been stationed at the affected places to repair roads and remove uprooted trees, he said.

The Meteorological Centre, Bhubaneswar said 148 mm rainfall was recorded at Potangi in Koraput by 8.30 am of Monday, followed by Mahendragarh (89.4 mm) and Mohana (77.2 mm) in Gajapati district.

It is likely to move nearly westwards and weaken into a depression in the next six hours and into a low-pressure area during the subsequent 24 hours.

It said squally wind with a speed reaching 45-55 kmph is likely to prevail over north Andhra Pradesh (Srikakulam, Vizianagaram, Visakhapatnam districts) and south Odisha districts of Rayagada, Koraput, Nabarangpur and Malkangiri in the next six hours. (With PTI inputs)