Delhi recorded the highest single-day rise in its Covid-19 death toll with 380 more people succumbing to the infection on Monday. 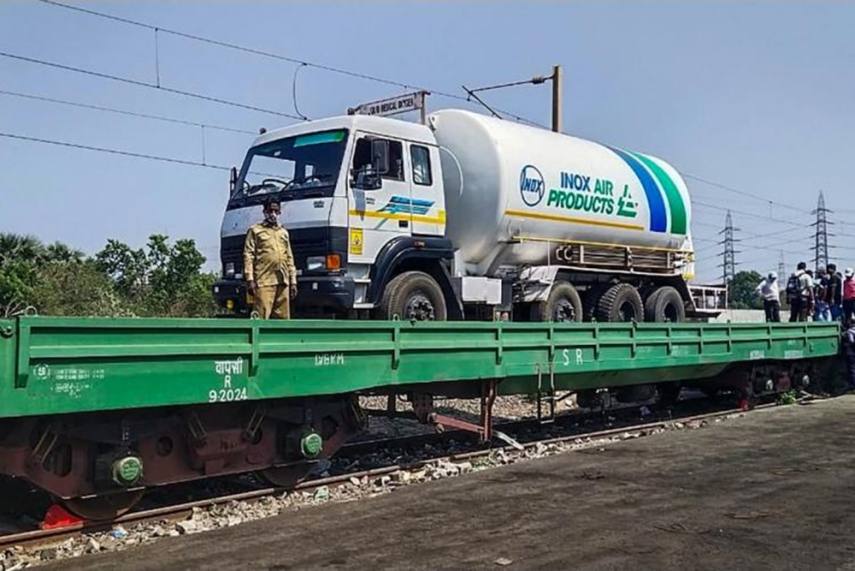 Oxygen Express train carrying around 70 tonnes of the life-saving gas reached Delhi early Tuesday morning. This oxygen will now be disbursed by the Delhi government to various hospitals, officials said.

"#OxygenExpress has reached Delhi from Raigarh, Chhattisgarh with Oxygen for patients in the capital. Indian Railways is leaving no stone unturned in our collective fight against Covid-19, & ensuring sufficient availability of life-saving resources across the country," tweeted Railway Minister Piyush Goyal.

Earlier, the railways had said that it has chalked out plans to transport medical oxygen from Angul, Kalingnagar, Rourkela and Raigarh to Delhi and NCR region, however, there is no information on the second train to the capital city.

Delhi recorded the highest single-day rise in its Covid-19 death toll with 380 more people succumbing to the infection on Monday, while the positivity rate stood at over 35 per cent, according to the bulletin issued by the city health department.