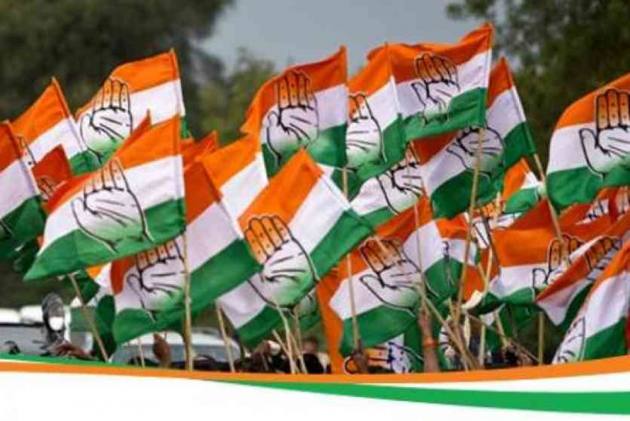 Haryana Congress leaders were stopped by police when they tried to march towards the Raj Bhavan on foot. Along with MLAs, they we staging a protest in connection with the Pegasus snooping row.

Congress leaders said that the police cited the prohibitory orders in place due to COVID-19 and said they could not allow them to take out the march.

"We were holding a peaceful protest, but the police did not allow us to proceed further," Selja said.

The opposition party leaders said they wanted to hand over a memorandum to the governor in connection with the snooping row.

Selja said the Centre must answer how the alleged use of Israeli spyware Pegasus to snoop on at least 300 phone numbers in the country, including those of opposition leaders, activists and journalists, happened right under its nose.

She also claimed that Congress leader Rahul Gandhi, whose name is on the list of the possible victims of the snooping row, has become a "target" for the government as he has constantly been raising various issues of public importance.

"How can it be that such things are happening right under the nose of this government? How did this spyware come here, who gave permission? The government must answer these questions," the state Congress chief said.

Meanwhile, asked why Leader of Opposition Bhupinder Singh Hooda did not join the protest, Bansal told reporters that the former chief minister had communicated that he would not be able to come as doctors had advised him a few days of rest on health grounds.

An international media consortium reported on Sunday that more than 300 verified mobile phone numbers, including of two serving Union ministers, over 40 journalists, three opposition leaders and a sitting judge, besides scores of businessmen and activists in India could have been targeted for hacking through the Pegasus spyware.