Prime Minister Modi and four heads of state and government from Nepal, Sri Lanka, Bhutan and the Maldives will be among the distinguished foreign guests to join the celebrations. 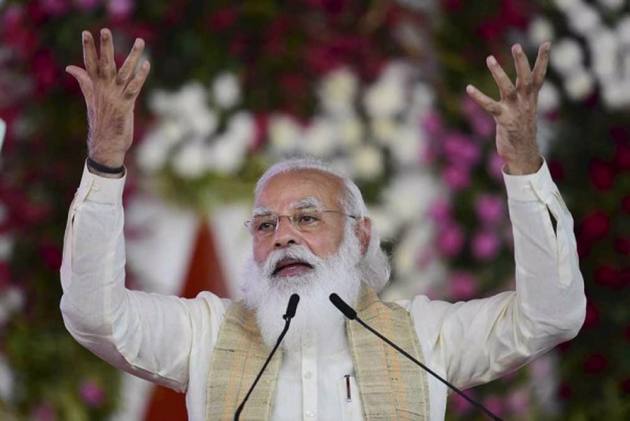 Prime Minister Narendra Modi is amongst several world leaders who will visit Bangladesh later this month to participate in the grand celebrations to mark the golden jubilee of the country's independence from Pakistan. Heads of state from Nepal, Sri Lanka, Bhutan and the Maldives will also attend the celebrations in Dhaka.

The golden jubilee celebrations will be held from March 17-27 to mark the country's independence from Pakistan after the 1971 Liberation War. The commencement date also coincides with the birth centenary of Father of the Nation, Bangabandhu Sheikh Mujibur Rahman.

Prime Minister Modi and four heads of state and government from Nepal, Sri Lanka, Bhutan and the Maldives will be among the distinguished foreign guests to join the celebrations under separate schedules, Bangladesh government's principal information officer Surath Kumar Sarkar told PTI.

Maldivian President Ibrahim Mohamed Solih will be the first top foreign dignitary to arrive on a three-day tour on March 17, followed by Sri Lanka's Prime Minister Mahinda Rajapaksa who will arrive on March 19 on a two-day tour. Nepal President Bidya Devi Bhandari will be in Dhaka on a two-day tour from March 22 while Bhutanese premier Lotay Tshering will be in the country from March 24 to March 25.

Prime Minister Modi will arrive on March 26 on a two-day visit and will join the main Independence Day celebrations that also marks 50 years of Bangladesh-India diplomatic relations.

The foreign heads of state and government will join separately some identical programmes as part of the celebrations while Modi's visit would be an extended one which would take him to three places outside Dhaka, Sarkar said.

The foreign dignitaries will also visit Bangabandhu Museum to mark the birth centenary of the Father of the Nation.

The museum was actually the private residence of the country's founder where he was killed in a 1975 coup along with most of his family members while his elder daughter incumbent Prime Minister Sheikh Hasina and her younger sister Sheikh Rehana survived the carnage.

They were on a brief tour in Germany at the time of the putsch which also killed Bangladesh founder's 10-year child Sheikh Russell.

According to the schedule, the world leaders would visit the national memorial on the outskirts of the capital to pay homage to the Independence martyrs of 1971 Liberation War, watch special military parades, join state banquets and visit the Bangabandhu Museum.

"But the Indian premier will also visit Bangabandhu shrine at (his village home) in Tungipara and two Hindu temples outside Dhaka," Sarkar said.

The temples are places of worship of particularly the Matua community, a large part of them being residents of India's West Bengal state.

Bangladesh had originally planned grand celebrations for the 50th years of Independence and Bangabandhu's birth centenary but the coronavirus pandemic forced the country to revise the plan on health grounds.

External Affairs Minister S Jaishankar, who visited Bangladesh early this month, had said that Prime Minister Modi's visit to Dhaka will be a "very memorable" one, as he described India's strategic ties with Bangladesh as a truly "360 degree partnership".

On March 9, Hasina during an online event for the inauguration of the Maitri Setu bridge connecting Tripura with Bangladesh had recalled India's role in Bangladesh's Liberation War.

"Fifty years ago, in 1971, India opened up its border for Bangladesh's people to support their freedom struggle. Today, we are building a prosperous region together," she said.

The 1.9-km Maitri Setu has been built over the Feni river that flows between Indian boundary in Tripura and Bangladesh, and it connects Sabroom in India with Ramgarh in Bangladesh.

Modi said the bridge will give an impetus to the economic opportunity in Bangladesh besides the northeastern region and thanked Dhaka for the cooperation in the completion of the project.

Modi said the connectivity is not only strengthening the friendship between India and Bangladesh but also proving to be a strong link of business.