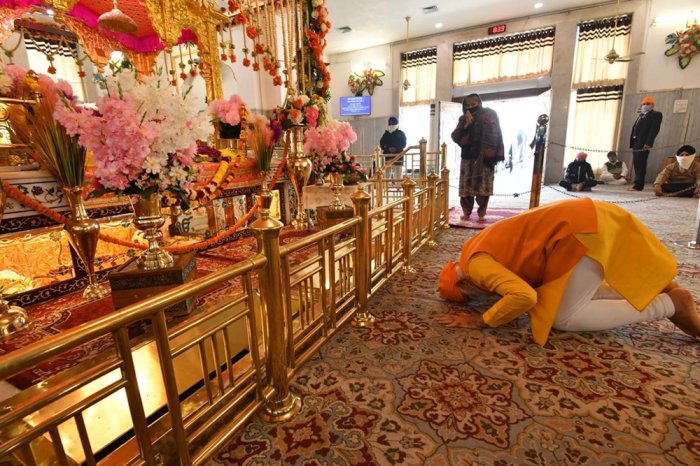 Prime Minister Narendra Modi on Sunday made a surprise visit to Gurudwara Rakabganj in the national capital and paid tributes to Guru Tegh Bahadur for his supreme sacrifice.

Modi offered prayers during his visit to the gurudwara for which no police bandobast or traffic barriers were put in place to restrict movement of the common man, official sources said.

Shradhanjali Diwas Today For Farmers Who Lost Their Lives

PM Modi To Interact With Farmers On December 25; BJP To Hold 'Kisan Samvad' Across UP

The mortal remains of Guru Tegh Bahadur, the ninth Sikh Guru, were consigned to flames at Gurdwara Rakabganj.

The prime minister's visit to one of the most popular gurudwaras among the devotees in the national capital assumes significance as it comes amid intense protests by farmers, especially from Punjab, against the three farm laws enacted by his government.

Modi has been at pains to explain the benefits of farm reforms and often assured farmers that the existing government mechanism to support them, including minimum support price and agriculture mandis, will continue.