PM said it is important to carry this momentum forward. 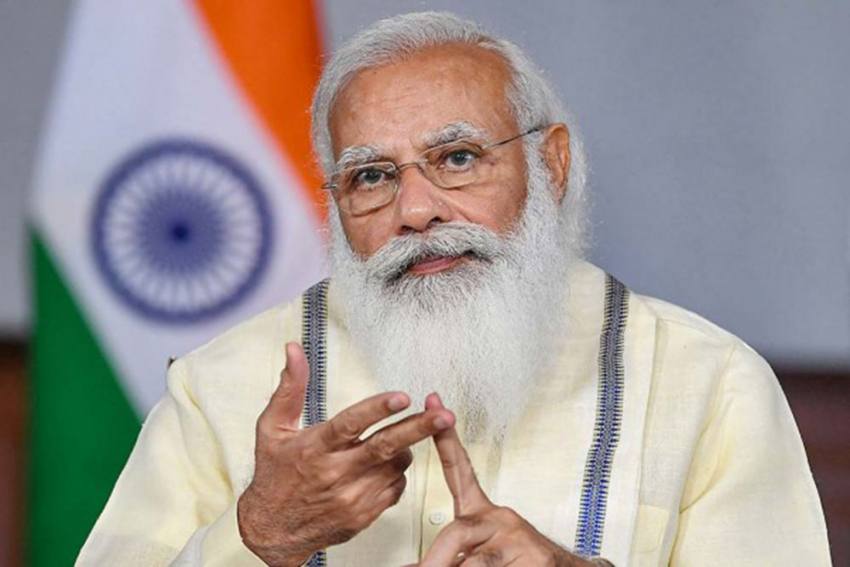 Prime Minister Narendra Modi on Saturday expressed satisfaction at the increased speed of Covid-19 vaccination this week and said it is important to carry this momentum forward.

PM Modi also underlined a need to involve NGOs and other organisations in efforts to expand the vaccination drive.

After a high-level review meeting held by Modi with top officials on the progress of the vaccination drive, the government said in a statement said over 3.77 crore Covid vaccine doses have been administered in the last six days.

"PM was informed that 3.77 crore doses have been administered in the last 6 days which is more than the entire population of countries like Malaysia, Saudi Arabia and Canada," the Prime Minister's Office said.

Modi underlined the need to involve NGOs and other organisations in the vaccination drive, with officials stating that they are in touch with state governments to explore and implement innovative methods to reach people for vaccination, the PMO said.

Modi was also informed about the rising interest in Cowin platform globally, his office noted, adding that he said that efforts should be made to help all countries, who have expressed interest, with India's rich tech expertise in the form of Cowin platform.

Officials gave a detailed presentation to Modi on the progress of inoculation in the country and was briefed about the age-wise vaccination coverage.

He was also briefed about the vaccine coverage among healthcare workers, frontline workers and the general population in various states, the PMO said.