PNB Scam Explained: Who Is Mehul Choksi? What Are The CBI, ED Cases Against Him 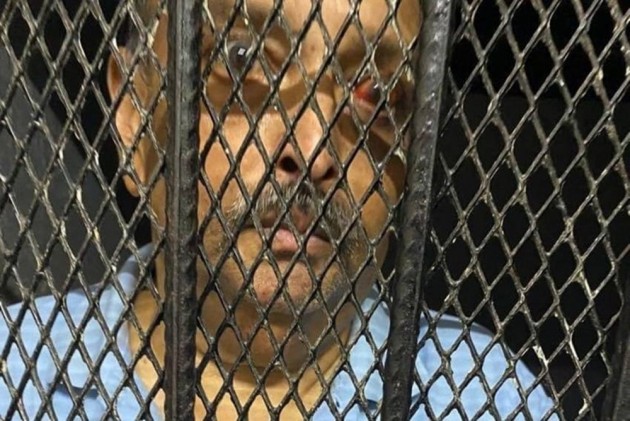 India’s Punjab National Bank (PNB), the second-biggest public sector lender, stunned the country’s financial sector when it announced in 2018 that it had discovered fraudulent transactions worth $1.77 billion (about Rs11,400 crore) at a single branch in Mumbai. By far the biggest ever detected by an Indian bank, the PNB fraud involved Mehul Choksi, and the main accused Nirav Modi, who are absconded from the country before news of the scam came through.

Fugitive businessman Mehul Choksi, wanted in the Punjab National Bank (PNB) scam, was held in Dominica after his mysterious disappearance from Antigua and Barbuda. On Sunday, Prime Minister of Antigua and Barbuda Gaston Browne said that India sent a private jet to Dominica carrying documents related to the deportation of fugitive businessman Mehul Choksi.

Choksi is accused of defrauding PNB of almost Rs 13,600 crore, went missing for the last three days from Antigua and Barbuda, of which he has been a citizen since early 2018. Investigators indicated that Choksi had escaped to Dominica on a boat probably en route to Cuba. With an Interpol lookout circular issued against him, Choksi was caught by the local Dominican police and is currently in the custody of the CID. He has alleged that he was abducted from Jolly Harbour in Antigua and Barbuda by policemen looking like Antiguan and Indian and taken to Dominica.

Purported pictures of 62-year-old Choksi that have surfaced in Dominica shows him with red swollen eye and bruises on his hands.

Who is Mehul Choksi?

The owner of Gitanjali Group, a retail jewellery company in India with over 4,000 stores, Mehul Choksi is also the uncle of Nirav Modi and one of the prime accused in the PNB scam.

What are the cases against him?

Choksi is facing criminal proceedings by both CBI and Enforcement Directorate (ED). In 2018, the CBI had first named Choksi and his firms including Gitanjali Gems along with others based on a complaint received by Punjab National Bank (PNB) for alleged issuance of fraudulent Letters of Undertaking in their favour causing losses to the bank. Subsequently, the ED also filed a complaint alleging that Choksi and others were involved in money-laundering the proceeds of crime in overseas accounts. Choksi has been booked under the Prevention of Money Laundering Act and other sections pertaining to cheating, criminal conspiracy of the Indian Penal Code and relevant sections of the Prevention of Corruption Act. A similar case was also filed against Nirav Modi.

What is the PNB Scam?

The PNB scam involved the issuance of fraudulent letters of undertaking (LOUs) by the bank after Choksi, the Modis and others colluded with bank officials. The LOUs were issued to Modi and Choksi’s businesses without any cash margins or securities, leading to heavy losses for the PSU bank.

Why is Choksi in Antigua?

In 2017, Choksi applied for citizenship under the island nation’s Citizenship by Investment programme and took oath of citizenship in January 2018. After the two central agencies began the probe in the case, Choksi was summoned multiple times for questioning. After he remained unavailable, a special court in March 2018 issued a non-bailable warrant against him.

In January 2018, Choksi had escaped from India to Antigua before the news of the scam became public and arrest warrants against him were issued.

While Choksi was wanted by Indian authorities and even had Interpol warrants against him, he was staying in Antigua and Barbuda. The extradition proceedings were initiated to bring him back. Choksi had appealed against the extradition orders, and Prime Minister Gaston Browne had said Choksi would be extradited after he exhausted his appeals.

Why did Choksi Flee Antigua?

As per reports, Choksi decided to flee from Antigua and Barbuda to Cuba in order to avoid being extradited to India after exhausting his appeals in that country’s judicial system. Cuba has no extradition agreement with India, Choksi’s retrieval from the island nation would have been much more difficult than before. However, things did not go according to Choksi's plan as he was captured by Dominican authorities when en route to Cuba.

What is the status of the plea seeking to declare Choksi an FEO?

In December 2019, a special court had declared Choksi’s nephew Nirav Modi a ‘fugitive economic offender’. However, the proceedings on a similar plea against Choksi had been stayed by the Bombay High Court. His lawyers had approached the court and had alleged that there are procedural flaws in the ED affidavit filed before the special court. The lawyer also sought to cross-examine witnesses while hearing the plea. The special court had rejected the applications. Choksi’s lawyers said that till the ED files its replies on other pending applications, the final order cannot be passed. The High Court in January last year directed the special court to not pass a final order pending the hearing before it.