'Police Encouraged Me To Return To Jungle', Alleges NLFB Chief A Day After Surrendering

National Liberation Front of Bodoland (NLFB), M Batha said he and other cadres had not surrendered but it was only a ceasefire. 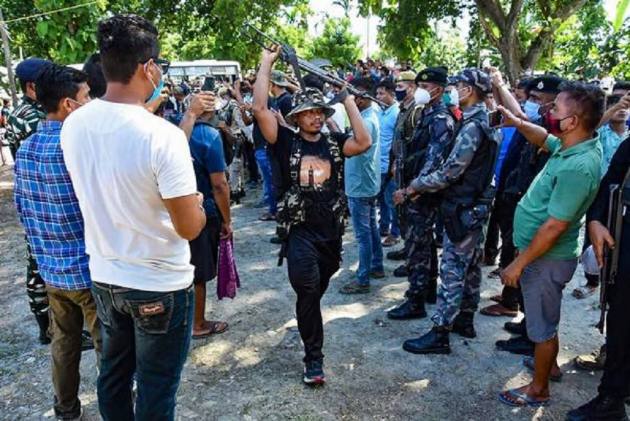 A day after coming overground, the ‘army chief’ of National Liberation Front of Bodoland (NLFB), M Batha, alleged the police had encouraged him to return to the jungle and said he and other cadres had not surrendered but it was only a ceasefire.

Speaking to reporters on Friday before meeting chief minister Himanta Biswa Sarma, Batha said that on January 3 the officer-in-charge of Runikhata police station had allowed him to flee. "I still cannot understand why…whose idea it was,” he said.

It was speculated that the BPPF chief, Hagrama Mohilary, might have had a role to play in Batha going back into hiding. “No, it had nothing to do with Hagrama,” he said.

At least 1,600 rebels belonging to four factions of the NDFB — headed by B Saoraigwra, Govinda Basumatary, Ranjan Daimary, and Dhirendra Boro — laid down arms days after the Bodo accord was signed between Bodo groups. Batha belonged to the faction led by Saoraigwra.

Batha said he was ill-treated by the police. “They would visit me three-four times a month and bother me for no reason,” he said.

On Thursday he returned with 20 other cadres, including the outfit’s 'army vice chief' B Bokho alias Boken Basumatary and 'chairman' I Bitwngwra alias Bikram Islary. Some other cadres are expected to return in the next few days. “We have not surrendered. This is only a ceasefire for political dialogue,” he said adding that all those who are in jail, including Ranjan

Daimary, must be released and the terms of the Bodo accord must be implemented.
Reacting to Batha’s charge of ill-treatment by the police, the chief minister said that he had asked the director general of police to ensure this did not happen and they be treated like “one of our own.”