Amid the prevailing atmosphere fostering historical revisionism, the Rajput Community leaders are on a mission to change the history that blames the Rajput king for treason. 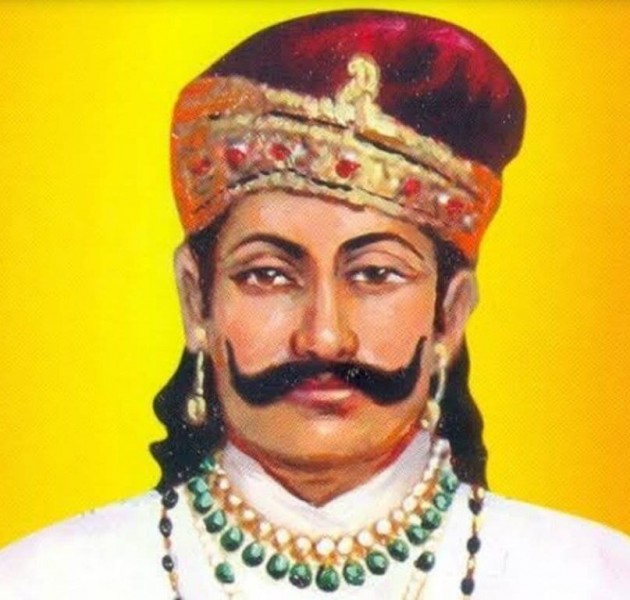 History has taught us that the 12th-century Rajput king Jaichand was a traitor, who backstabbed Prithviraj Chauhan (Prithviraj III) in the second battle of Tarain against the invading Afghan forces of Muhammad Ghori, in 1192 AD.

According to popular perception, Jaichand helped Ghori (variously referred to as Shabuddin or Muhammad ibn Sam) to gain a foothold in India by conspiring to defeat Chauhan, his arch-rival. Taking advantage of the spate of historical revisionism in India today, it seems that the Rajput community has now raised its objection, calling the claim baseless and a historical blunder.

They say the popular accusation of Jaichand as a traitor derives from Ain-i-Akbari, written roughly 400 years after the battle at Tarain.

According to them, this myth was further re-written in various texts after that, and subsequently peddled in the mainstream without any historical basis. Even though Prithviraj Raso, in its earliest and shortest version, mentioned the rivalry between Jaichand and Prithviraj, it never accuses “Jayachandra” of having invited the Ghurids to take revenge.

“It is a disputed fact that Chand Bardai was a court poet of Prithviraj Chauhan. Many historians believe he was not contemporaneous to Prithviraj, and his epic poem is fiction,” Mahendra Singh Tanwar, national president of Akhil Bhartiya Kshatriya Mahasabha says.

Referring to historical text, research scholars from the Rajput community assert that Jaichand, the Gahadvala ruler of Benaras and Kannuaj, was a “brave king who laid down his life fighting the forces of Ghori.”

History enthusiast Vikrant Parmar, who professes a special interest in the Gahadaval king, says Jaichand, also spelt as Jayantchandra and Jaitrachandra in historical texts, was the grandson of Govindchandra Gahadvala of Kannauj and the son of Gahadvala king Vijaychandra.

“We should know that Govindchandra was the king during whose reign his governer Anayachandra built the famous Ram temple of Ayodhya (Ram Janam Bhumi) as evident from the Vishnu Hari inscription. Jaichand was declared the king of the Gahadvala kingdom in 1170 AD,” Parmar said.

According to him, “Jaichand is famous in the literary world as the patron of Shri Harsha, who is the author of Naishadhiya Charita. Shri Harsha flourished in the court of Jaichand and composed Naishadhiya Charita, which is regarded as one of the five traditional Mahakavyas of Sanskrit literature.”

Parmar added, “There is no evidence contemporaneous to Prithviraj and Jaichand which prove the latter invited Ghurids. In fact, the evidences which hint at rivalry between the two never accuse Jaichand of inviting Ghori. Hammira Mahakavya (composed around 1400 AD) doesn’t even mention the name of Jaichand in the entire section dealing with Prithviraj and Muhammad Ghori.”

Another Rajput, Sachin Singh Gaur, who has been writing on Jaichand for the past several years, says the writings of 12th-century poet Ballabha Deo clearly reflect that Jaichand had not done anything which could be termed as “treason”.

“Hindi critic Ramchandra Shukla has also made references to the writings of two poets of the time, Bhatta Kedar and Madhukar, who showered praises upon the king of Kannauj,” Gaur said. He added, “Chronicler of Kannauj history Anand Swaroop Mishra and well-known writer from the area Luxmikant Pandey have lauded Jaichand as a great king.”

Sydney-based Dr Yadu Singh, a political activist and Rajput history enthusiast, says the fact that Jaichandra fought the forces of Ghori is tabled in history books. The History of India by H.M. Elliot and John Dowson recounts the battle of Chandwar in Etawah district.

“Jaichand was killed in the battle and identified by his teeth, which were gold plated. Jaichand was a lover of Vastu Kala and popular among his subjects,” Singh said.

Referring to reputed Historians like Roma Niyogi and R.C. Majumdar, the Rajput community says that the accusation of the traitor has not been historically proven and it is a grave injustice to the erstwhile ruler of Kannuaj to brand him so.

According to Parmar, “Jaichand was the most generous king of his time. His inscriptions are filled with land grants to the priestly class. He has been described as having a powerful army to defend his kingdom [corroborated from both Persian and Indic sources].”

He adds, “There is no reason to accept Raso’s story of how Prithviraj came to marry Sanyogita (the reason for so-called enmity between Prithviraj and Jaichand). Raso even mentions the genealogy of Prithviraj’s family wrong.”

The Rajput community demands historians should come forward and do justice to this great king by “removing the baseless blot”. They say the great king Jaichand deserves to be “projected in true light”.

“It is also incumbent on ignorant politicians and people to stop using a totally unjustified and unfair label on a brave, benevolent and religious king. Contemporary historical evidences conclusively suggest he was anything but a traitor,” Dr Singh said.