Speaking at an event in Kolkata, the former J&K CM also questioned the need for the BJP's proposed Rath Yatra in West Bengal and wondered whether the party wants to project itself as a saviour of the Hindus. 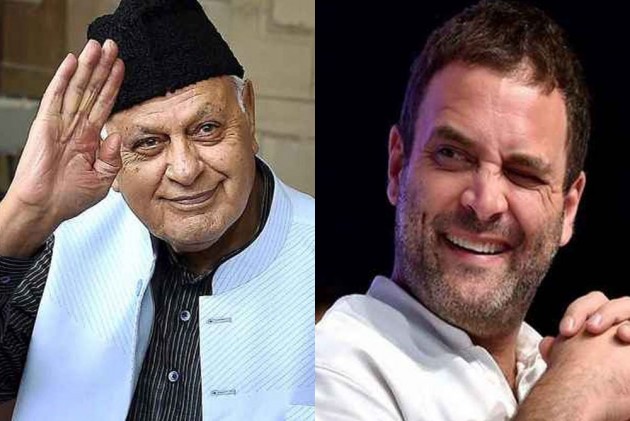 National Conference chief Farooq Abdullah Friday said Congress president Rahul Gandhi is no longer a "Pappu" and has proved his mettle as a leader by winning elections in three Hindi heartland states.

Speaking at an event in Kolkata, he also questioned the need for the BJP's proposed Rath Yatra in West Bengal and wondered whether the party wants to project itself as a saviour of the Hindus.

"Rahul Gandhi is no longer a Pappu. He has proved his mettle by wining three states," Abdullah said during an interactive session.

Gandhi has often been mocked by the BJP and his opposition as "Pappu", a colloquial sneer.

Abdullah took on the Modi government saying institutions like the RBI are being polluted under the present regime. He alleged that efforts are being made to divide the country on religious lines.

"It is wrong the way they are trying to divide the nation on the basis of religion. The way there has been interference in Muslim religion and its practices is unfortunate," the former chief minister of Jammu and Kashmir said.