Railways, Its Staff Are Stellar Performers In This Fight Against Covid-19: Suneet Sharma, Indian Railways CEO

Indian Railways had not transported liquid medical oxygen (LMO) earlier. So, as soon as we were told to undertake the work, we were ready with the infrastructure and plan within 24 hours, Suneet Sharma said. 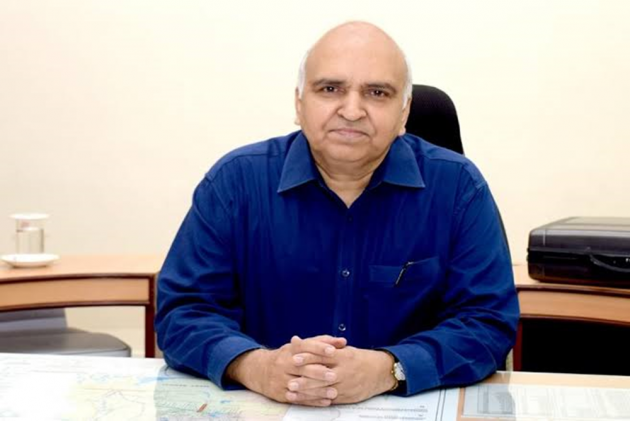 India’s Covid-19 war has several unsung heroes one of them being Indian Railways. In first wave when country was in lockdown, the India’s lifeline moved on to transport migrants to their homes by running summer special trains, providing food and other needs in trains to ensure they reach home safely. In second wave, the national carrier is entrusted with the logistic to move liquid medical oxygen (LMO) to ensure its shortage does not make lose more lives. Besides, the oxygen concentrators, oxygen plants and medical equipment that is being imported is being taken to their destinations by the railways only. Indian Railways chief executive officer (CEO) and chairman railway board Suneet Sharma in an interview to Jyotika Sood, talks on how it is doing its bit. Edited excerpts:

Indian Railways has undertaken an important task of transporting oxygen across the country. Were you capable of doing it earlier too? How long did it take for you for its logistic planning?

Indian Railways had not transported liquid medical oxygen (LMO) earlier. So, as soon as we were told to undertake the work, we were ready with the infrastructure and plan within 24 hours. We had to ensure three things before we started the operations. The LMO had to be moved with containers and trucks, so there was limitation of height in terms of tunnels, overhead wires, etc. We had to find the wagons that had such height where these LMO tanker and trucks can be uploaded.  Since we transported military trucks and tanks, so we came out with the list of the open wagons that we had. Then we mapped the routes that allowed height clearances. This was followed up building ramps at over 10 locations for loading of trucks. In fact, within 24 hours of direction we had our first trial also at Boisar, 100 km north of Mumbai. I am proud that Indian Railways and its staff have been stellar performers in this fight for Covid-19.

What kind of special logistic support are you giving for supply of oxygen?

We, The Makers Of This Calvary

At Least The Black Market Is Working!

On April 24 we started moving 170 metric tonne of liquid oxygen in one day and today the Indian Railways is moving over 800 metric tonne of liquid oxygen a day, that too within 23 days. Our oxygen express is moving at over 100 kilometre per hour of speed and we have supplied to over 13 states now. Moreover, we are not waiting for our rakes to be completely filled. We are moving trains with just 2-3 wagons or 7-8 wagons too as our top most priority is to move oxygen and not the operational costs. Technical stoppages have been reduced to 2 minutes for crew changes over different sections. Each rake can be monitored on a web portal which is open to the public.

Who is bearing the logistic costs for the oxygen transportation?

Transportation of oxygen is a noble cause and cost is a secondary thing. But our greater concern is to provide oxygen as soon as possible. We are transporting oxygen from a distance of 1000 to 2500 km as it is a lifesaving need. Nearly 260 Oxygen Expresses have completed their journey so far and brought relief to various States. Railways has mapped different routes with Oxygen supply locations and keeps itself ready with any emerging need of the States. States provide tankers to the Indian Railways for bringing LMO.

Railways has ramped up its infrastructure in terms of hospital, train coaches etc. for Covid-19 relief? What kind of other support are you providing?

Besides this, we have modified 4176 coaches at different railways stations across the country as Covid-19 isolation facilities on the requests of the state governments. Out of these, 348 coaches have been put to use based on demand from different states including Delhi, Madhya Pradesh, Uttar Pradesh, Nagaland and Tripura. The isolation coaches have all basic facilities including coolers and water and waste disposal along with oxygen cylinder facilities as requested by the state governments’.

With the states extending lockdowns, is railways witnessing operational challenges or reduction in passenger traffic?

At present we are in very dynamic situation and are very flexible to work according to passenger needs. Wherever demand is less we rationalize trains and coaches and whenever demand is, more we run additional trains too. We are reviewing it on daily basis and at present running 1005 mail express trains, 3893 sub-urban trains and 517 passenger trains based on demand.