The show-cause notice was issued to the Serum Institute of India following reports that human trials of the most promising COVID-19 vaccine candidate, being developed by the University of Oxford, have been put on hold. 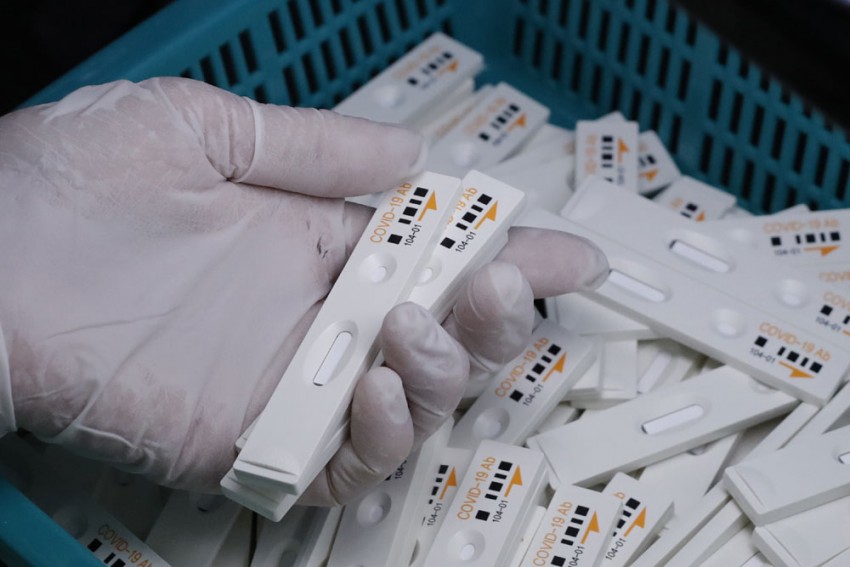 The central drug regulator has issued a show-cause notice to the Serum Institute of India (SII) for not informing it about pharma giant AstraZeneca pausing the clinical trials of the Oxford vaccine candidate for COVID-19 in other countries and also for not submitting casualty analysis of the "reported serious adverse events".

The show-cause notice was issued following reports that human trials of the most promising COVID-19 vaccine candidate, being developed by the University of Oxford, have been put on hold after a UK participant had an adverse reaction to it.

The Drugs Controller General of India, Dr V G Somani, in his show-cause notice has asked SII as to why the permission granted for conducting phase 2 and 3 clinical trials of the vaccine candidate in the country be not suspended till patient safety is established.

"Whereas, Serum Institute of India Pvt Ltd, Pune, till now has not informed the central licensing authority regarding pausing the clinical trial carried out by AstraZeneca in other countries and also not submitted casualty analysis of the reported serious adverse event with the investigational vaccine for the continuation of phase 2 and 3 clinical trials of the subject vaccine in the country in light of the safety concerns," said the show-cause notice.

"In view of the above, I Dr V G Somani, Drugs Controller General of India and Central Licensing Authority hereby give you an opportunity to show cause as provided under rule 30 of the New Drugs and Clinical Trials Rules, 2019, why the permission granted to you August 2 shall not be suspended till patient safety is established," the notice further said.

The DGCI sought an immediate reply, saying else "it shall be construed that you have no explanation to offer and action deemed fit will be taken against you".

In the show-cause notice, the drug regulator also mentioned that the clinical trials have been put on hold across countries where they were conducted i.e. USA, UK, Brazil and South Africa.

Regarding the show cause notice issued by DCGI, Serum Institute of India (SII) said in a statement, "We are going by DCGI's direction and so far were not told to pause the trials. If DCGI has any safety concerns, we will follow their instructions and abide by the standard protocol."

Last month, the DCGI had granted permission to the Pune-based SII to conduct Phase 2 and 3 human clinical trials of the coronavirus vaccine candidate.

AstraZeneca, a British-Swedish biopharmaceutical giant in a tie-up with the Oxford University to produce the vaccine, described the pause of trials as a "routine" one following what was "an unexplained illness".

Earlier in the day, SII which has partnered with AstraZeneca for manufacturing the Oxford vaccine candidate for COVID-19, said it is continuing with the trials in India.

Commenting on the recent reports on AstraZeneca halting the trials in the UK, SII said in a statement, "We can't comment much on the UK trials, but they have been paused for further review and they hope to restart soon."

It further said, "As far as Indian trials are concerned, it is continuing and we have faced no issues at all."