Shimla Prepares For A Massive Makeover

In an attempt to earn the Smart City tag, the once quaint hill station plans several innovative projects to ease pressure on its creaking infrastructure 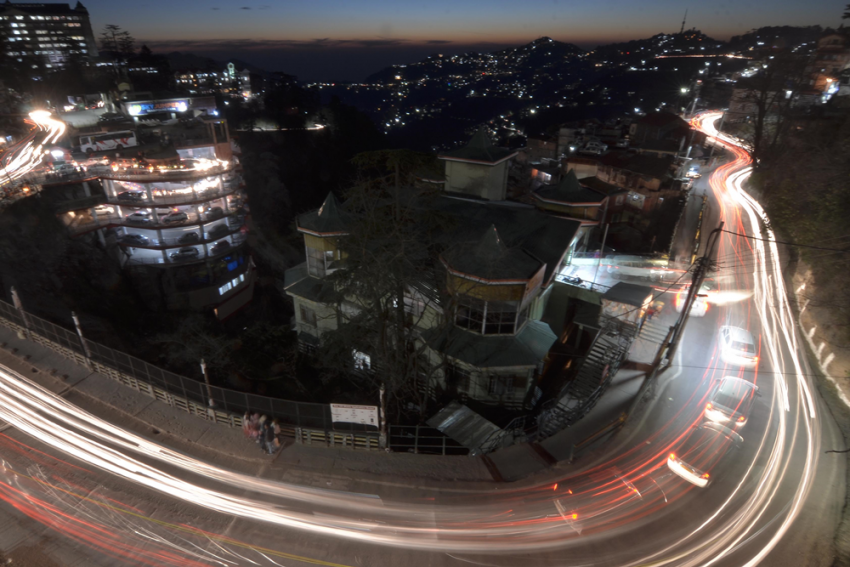 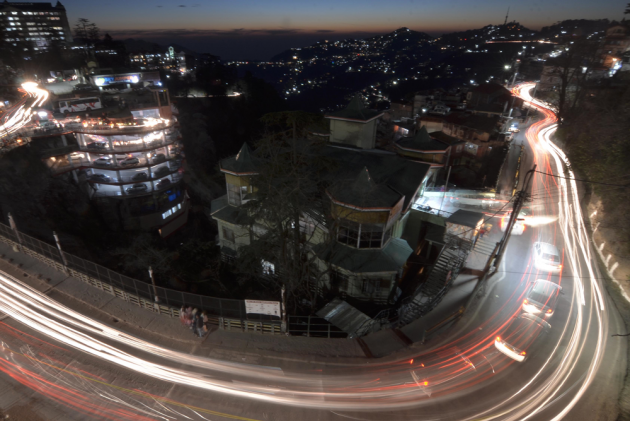 Like most hill stations in India, Shimla’s infrastructure was not designed for the kind of population pressure it is subjected to, particularly during tourist season. The once-quaint capital city now has a population of 2.5 lakh residents, and traffic snarls and congestion have become commonplace.

Although some claim that the Rs 2905 Cr Shimla Smart City project is still on the drawing board and unlikely to meet its 2022 deadline, the local municipal corporation has some major plans to deal with this problem.  It has rolled out 107 new projects worth Rs 500 Cr to set-up flyways, escalators, footbridges, roundabouts, and multi-layer smart parking lots, to name just a few.

“We have already received the funding from the Government of India and some matching grants are also rolled out to us by the State government,” says Pankaj Rai, Managing Director-cum-Commissioner of  Smart City Mission (SCM) Ltd, who was transferred as Deputy Commissioner, Lahaul-Spiti last week. “The agencies executing these components and sub-components are also geared up fully, and the citizens will soon see Shimla’s face changing,” he says.

One of the projects is an escalator at Jakhu –where an ancient Hanuman temple is located at Shimla’s highest forested peak. The temple attracts thousands of tourists as well as local devotees. The main attraction here is a giant 108 feet statue of Lord Hanuman, said to be the highest at an altitude of 8,050 feet. The statue was built at a cost of Rs 1.5 Cr by a private company and inaugurated by Bollywood star Abhishek Bachchan in 2010.

“The escalator, to be established in two stages, will cost Rs 6 crore. It will have a unique design and provide a safe and smooth movement to the temple to elders and other physically challenged persons, besides being an easy mode for devotees,” says Rohit Thakur, General Manager, Ropeways and Rapid Transport System Development Corporation (RTDC) Ltd.

A similar urban mobility facility will also come-up at Lakkar Bazar to make pedestrian movement easy from the cart-road to Lakkar Bazar, close to the Indira Gandhi Medical College (IGMC) – the state’s premier institution. This will be a mix of a foot bridge and an elevator to be completed by December 2021, adds Thakur.

In order to clear the town's biggest traffic bottleneck at Chotta Shimla, next to the state Secretariat, a Rs 12 crore skywalk project under the Smart City project will be built very soon. “The take-off point from the Kasumpti side will be Regional Ayurvedic hospital ( Strawberry Hill side) will two other landing and take-off points –one near the Tibetan central school and other HP Secretariat,” says Pankaj Rai. The work on demolition of existing shops has already started, and the target date for commissioning is December 2021.

Then there’s an innovative skyway–cum-elevator for pedestrian mobility coming-up between Metropole MLAs hostel (the Mall ) and the Cart-Road multi-story parking. This will supplement the existing facility at HPTDC ‘s lift –a popular Shimla landmark.

“The design of this project will be most fascinating for the tourists and citizens, giving a look of some foreign countries like Singapore, etc. A cable-stayed bridge with a 65-meter span will be its high point,” Rohit Thakur told Outlook.

Three major smart parking lots — a 1,000-vehicle complex near the IGMC’s new OPD block, 500-vehicle parking at Vikasnagar, and 200-vehicle parking at SDA Complex, Kasumpti-- have also been approved. The long-awaited three-stage escalator between Lakkar bazar bus stand (Ice-Skating rink), Tibetan Market, and The Ridge will be a reality soon too if one goes by the project details.

However, former Mayor Sanjay Chauhan believes that the ambitious project will never get off the ground. Instead, he says, plans prepared during his tenure to dig traffic –cum-pedestrian mobility tunnels below the Ridge and Jakhu hill for three-way connectivity between Lakkar Bazar, Chotta Shimla, and IGMC should be considered.

“This will tackle a major issue of traffic congestion on Cart Road and those trying to each IGMC hospital or the state secretariat. The plan for an escalator at Lakkar Bazar for the Ridge and Mall road, and the proposed Taradevi ropeway project should be given priority. There is huge Jawaharlal Nehru National Urban Renewal Mission funding available for these projects,“ he says.

The British city's main characteristic is that was designed for pedestrian mobility and hence doesn't have scope for road widening or expansion. Thus, escalators, elevators, and foot-bridges are seen as the best option, feels Roshi Chauhan, a tourism entrepreneur and travel agent.

But even if all the projects lined up for improving mobility in Shimla are implemented, the larger question is how the rest of the Smart City project will get implemented, as the state government already has  a huge debt  burden of about Rs 57000 Cr,  and has no resources to release matching grants. The project has a deadline of 2022.