Reading out a statement of the couple's domestics help, who is one of the witnesses in the case, the prosecutor said that the couple had a fight over a girl named 'Katy' and some Blackberry messages. 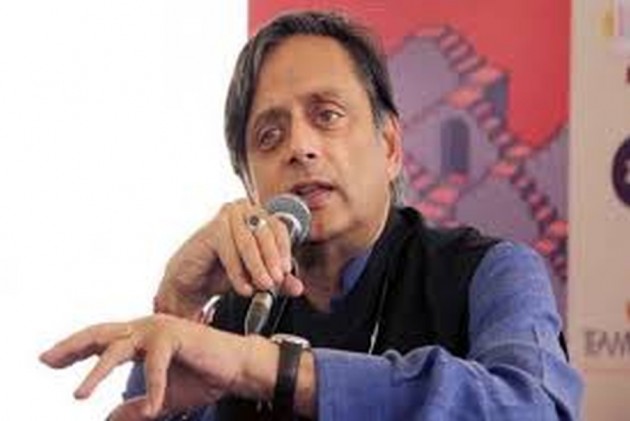 Delhi Police on Saturday urged a city court to prosecute Congress MP Shashi Tharoor for abetment to suicide or "in alternative" on murder charge in the case of death of his wife Sunanda Pushkar in 2014.

"Please frame sections 498-A (husband or his relative subjecting a woman to cruelty), 306 (abetment of suicide) or in alternative 302 (murder) IPC against the accused (Tharoor)," the probe agency told special judge Ajay Kumar Kuhar.

Senior public prosecutor Atul Srivastava made the submissions during arguments on framing of charges in the case.

The former Union minister, who is currently on bail in the case, was charged by Delhi Police under Sections 498-A and 306 of the Indian Penal Code.

Reading out a statement of the couple's domestics help, who is one of the witnesses in the case, the prosecutor said that the couple had fight over a girl named 'Katy' and some Blackberry messages.

The prosecutor said that before her death, Pushkar wanted to address a press conference on the IPL issue and had said "I will not leave him (Tharoor)".

The witness had told police that one year prior to the demise, the couple used to fight a lot.

The agency told the court that Pushkar was "distressed" and "felt betrayed" in her marital life.

Police told the court that Pushkar was suffering from mental agony due to a strained relationship with her husband. She had a scuffle with her husband and had various injury marks few days before her death, they said.

Police accused Tharoor of torturing his wife which abetted her to commit suicide.

The probe agency told the court that according to the post-mortem report, the cause of Pushkar's death was poisoning and 15 injury marks were found on various parts of her body, including in forearm, arms and legs.

The prosecutor also apprised the court about Pushkar's friend and journalist Nalini Singh's statement, which is part of the charge sheet, that the relation between the couple was tense and bad.

"She (Pushkar) told she helped Tharoor a lot in IPL matter. She had found some messages between Tarar and Tharoor. She refused to go to their house and instead went to Leela hotel. The relation between the couple was very bad," Singh had said in her statement.

Senior advocate Vikas Pahwa, appearing for Tharoor, refuted the submissions, saying the arguments made by the prosecutor were contrary to the bare reading of the charge sheet and the charges pressed by him were "absurd and preposterous".

The case is now listed for the next hearing on October 17.

The case was earlier sent to the sessions court for further proceedings.

Pushkar's death had created a sensation as it came shortly after a bitter spat between the couple on Twitter over his alleged affair with Tarar.

Pushkar, 51, was found dead in a suite of luxury hotel Leela in Delhi's Chanakyapuri on the night of January 17, 2014.

The couple was staying at the hotel as the official bungalow of Tharoor was being renovated at that time.