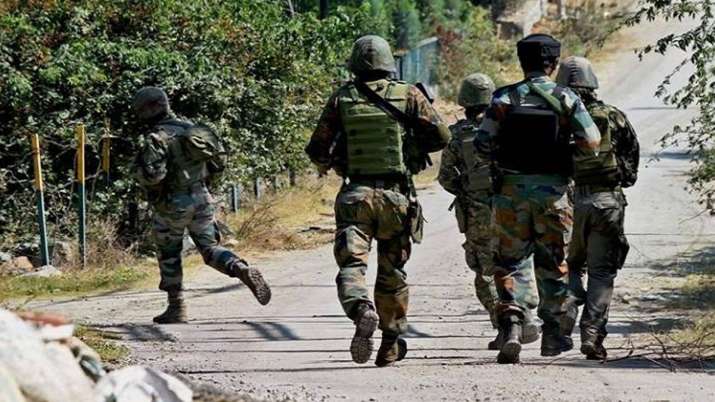 The recent killing of two teachers in Srinagar has created a climate of fear among minorities, with political parties saying the present situation is worrying and has not been seen in Kashmir since the early ’90s. According to official sources, many Kashmiri Pandit government employees haven’t attended office since October 7.

“Our parents decided to stay here. And I have never seen them so fearful. I have heard my parents for the first time regretting their decision of staying back in the Valley. They are now saying we will always have to live with this fear whenever anything like this happens,” says a young Pandit man from Srinagar, pleading anonymity. “We have been told not to go out till the situation improves. The government must do something to make us feel safe,” he adds.

“We have already informed the government that we will not join government offices till we are not provided security. We are boycotting our government jobs till security is provided,” said Sardar Satpal Singh, president of Gurudawara Prabandak Committee Budgam.

Political parties say the situation in Jammu and Kashmir has gone from bad to worse but the government is adopting coercive policies instead of taking any corrective measures. Police sources say hundreds of youths, especially those booked previously in stone-throwing cases, have been picked up in various districts.

“My fears are compounded by the fact that instead of course correction, GOI will continue its muscular policy to reap political dividends in elections. Case in point being the upcoming UP polls,” former chief minister Mehbooba Mufti tweeted.

National Conference spokesperson Ifra Jan argues that of 28 people who have been killed this year, 23 are Muslims, so nobody in Jammu & Kashmir at this point is safe.

Fear gripped minorities as militants killed well-known chemist Makan Lal Bindroo at his shop in the high-security zone of the Iqbal Park area on October 5. This was followed by the killing of a Bhelpuri vendor in Lalbazar, in Srinagar. In the third attack, in north Kashmir’s Bandipora district, militants shot dead a civilian, Mohammad Shafi Lone. The attacks sent shockwaves across the Valley.

On the morning of October 7, terrorists shot dead a school principal, Supinder Kaur, 50, and a teacher, Deepak Chand inside the school premises in Eidgah.

The Resistance Front (TRF), claimed responsibility for the attack and said the teachers were killed for their role in getting students to participate in a “function at school on August 15”.

On the same evening, the CRPF personnel shot dead 28-year old nomad, Parvez Ahmad of Larnoo. The CRPF claims the incident happened when a Scorpio ignored a signal to stop by a road heckpost set up by 40 battalion.

On October 2, militants had killed Majid Ahmad Gojri and Mohammad Shafi Dar in Srinagar for their alleged links with security forces. The Resistance Front had claimed responsibility for the killings.

Police have said that of the 28 civilians killed since January, only seven are non-Muslims. While Muslim workers of the BJP have usually been the targets of such attacks, the killing of a Kashmiri Pandits, a Sikh and non-local Hindus have led to outrage and fear among minorities.

The Peoples Alliance for Gupkar Declaration (PAGD) says the current situation prevailing in Jammu & Kashmir is the result of the failure of the Centre’s policies.

The PAGD statement was issued after a meeting at the residence of Farooq Abdullah to take stock of the current situation. The meeting was attended by former Chief Minister Mehbooba Mufti, PAGD spokesman Mohammad Yousuf Tarigami and NC MP Justice (Retd) Hasnain Masoodi.

“Whether it was demonetisation or removal of Article 370, these decisions were sold to the country as a solution to the problems of militancy and alienation in Kashmir. Today it has been shown without any doubt that neither have contributed to improving the security situation in J&K. Some recent decisions of the Jammu & Kashmir administration have only served to heighten differences between the communities that otherwise were living peacefully amongst each other”.

“The onus to create a conducive security environment lies with the Government of India; however, we as responsible political parties of Jammu & Kashmir will play our role to the best of our ability to reduce the levels of suspicion and fear,” the PAGD said.

“While it is true that the majority of the civilian deaths in Kashmir have been Muslims, it does not absolve us of our responsibility to do everything in our power to help those who belong to religious minorities feel secure and we appeal to those who may be considering fleeing the Valley to reconsider their decision,” the statement said.