Union Minister Questions Air Strikes, Says Intention Was To Send Out Message, Not To Kill

S. S. Ahluwalia said neither Prime Minister Narendra Modi nor any government spokesperson had given any figure on casualty of air strikes. 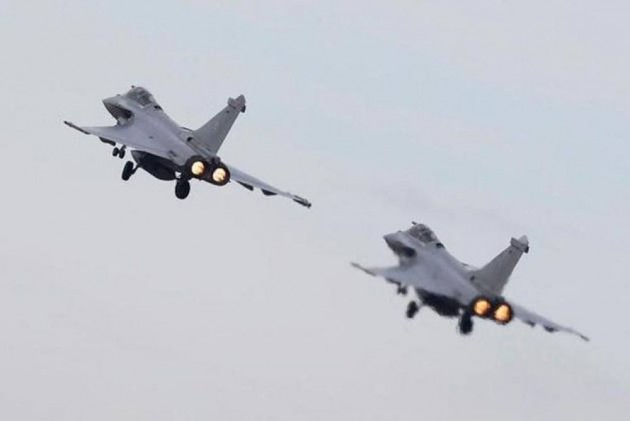 As the debate on the terror camp strikes in Pakistan escalates,  Union Minister S S Ahluwalia has said the purpose of the strike was not to cause human casualty but to send out the message that India is capable of hitting deep inside enemy lines.

Ahluwalia said neither Prime Minister Narendra Modi nor any government spokesperson had given any figure on casualty of air strikes. Rather, it was the Indian media and social media where the unconfirmed figures of terrorist killed were being circulated, he said.

"I have seen reports in Indian media and international media and also what Modi-ji had said. After the air strike, there was a rally by Modi-ji and he didn't say anything on the casualty figures. I want to ask if Modi-ji, or any government spokesperson, or our party president Amit Shah has given any figures?" he asked reporters in Siliguri on Saturday.

'I Want To Eliminate Terror, Opposition Conspiring To Finish Me': PM Modi In Patna

The minister of state for electronics and information technology said the intention of the strike was to send out a message that India is capable of destruction in Pakistan's own backyard if needed. We didn't want any human casualty, he said.

The video of Ahluwalia's comments was posted by the CPI(M) on its Twitter handle with a question: "Is the Govt now backtracking from its claims that they took out a Terrorist Camp in Pakistan? (sic)"

When contacted, Ahluwalia reiterated that neither the government officials nor any minister has given out a figure of the casualties.

Banerjee on Thursday demanded evidence of the pre-emptive strike on Jaish-e-Mohammed training camps by the Indian Air Force. She also said the opposition parties want to know the details of the operation.