A day after the BJP announced a free Covid vaccine to the poll-bound state of Bihar, Manoj Kumar Jha described the move as ‘political opportunism’. 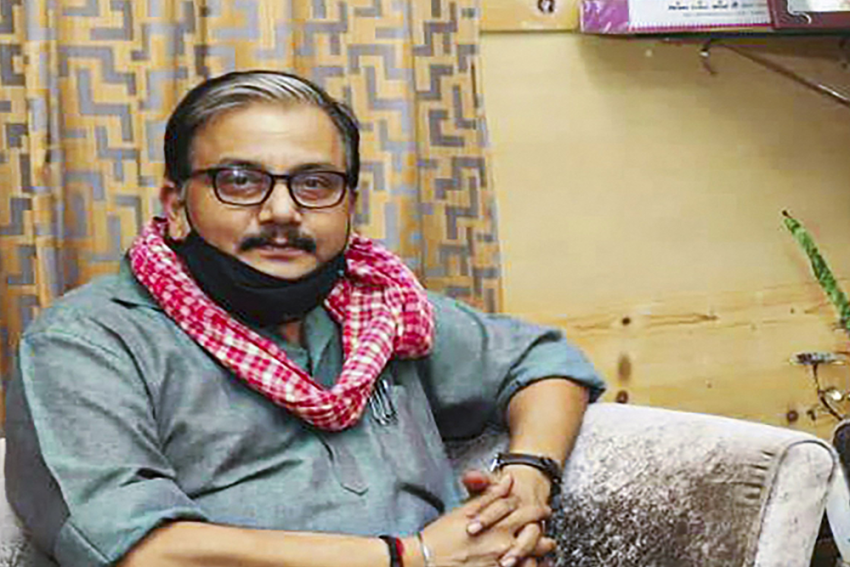 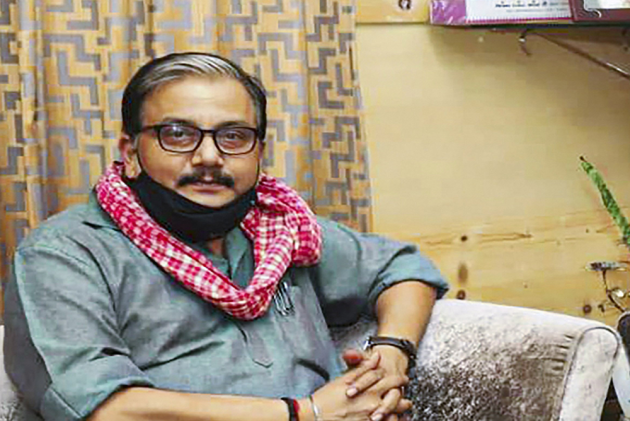 Q) The BJP promised free Covid vaccine to Bihar ahead of polls. Do you think this will tilt the results in favor of NDA?

Is the vaccine ready? As and when it is ready will it not be provided to people of the other states for free? If the NDA loses, will the people of Bihar have to pay for it? We are shocked by how such a serious issue is being politicized in the middle of a raging pandemic. This is cynical political opportunism at best and scaremongering at worst.

Q) Do you think that the BJP’s vaccine promise is in response to the huge turnout at RJD rallies? Will this translate into votes?

Do they not have anything positive to talk about their performance? Do they not have anything substantive to offer to the people of Bihar? Covid-19 and the premature and mismanaged lockdown have given rise to a serious and complex set of humanitarian crises. Is this the way to respond? It is extremely irresponsible, we reiterate, to stroke people’s fear and vulnerabilities at a time like this. The vaccine, as and when it is ready, should be available to every Indian for free. If the NDA disagrees, let them state it openly.

Q) During his election rally today, PM Modi took jibes at RJD describing its tenure as ‘jungle raj’ and was mired in corruption. Your comments

I think either the PM has stopped following the news or his advisors are not keeping him abreast of the state of affairs in the country today. We do not remember him saying a word about the situation in Uttar Pradesh. Or, even in the case of Bihar, has he forgotten about the Muzaffarpur tragedy? Some of the people allegedly involved have been given tickets by the NDA again. It is a matter of shame. The PM talks as he pleases as there is just no way the people or the media can counter his claims.

Q) The PM was quite appreciative of Nitish Kumar’s efforts in controlling Covid-induced crisis while RJD terms it as a failure. How will you counter this? The PM also brought in the issue of Article 370. What’s your take on this?

Facts speak for themselves. Mr Kumar was not to be seen during the most difficult days of the pandemic and lockdown. The state government left the people to fend for themselves. Be it public health infrastructure, testing, relief, issues of migrant workers, and students --- they let everyone down.

As for Article 370, let us remember that a full-fledged state was broken up into Union Territories, the entire political and civil society leadership was kept in detention until recently, the people still do not have access to high-speed internet when they need it the most. If at all, the people of Bihar will treat this as a cautionary example of what the NDA is capable of doing when it does not get its way.

Q) Bihar is seeing a multi-cornered contest. Will this ultimately benefit BJP given the complex caste equations in the state?

We have said it multiple times --- the caste framework is not the only way to look at contemporary Bihar. We have taken our progressive agenda to the people of Bihar and have received tremendous support from different social groups all over the state.

Q) Grand alliance CM face Tejaswi Yadav said that he is open to an alliance with Chirag Paswan’s Lok Janshakti Party (LJP). Is there a pact between both parties as JDU alleges?

There is no pact. Our priority at this stage is to share our vision for governance with the people of Bihar and address their concerns. Unlike Mr Nitish Kumar, we are not after the chair. In spite of being the largest party in the Assembly, we gave him the chief minister’s post because we thought it would be good for the people of Bihar. Mr Kumar obviously had a different perspective and plan. For him, power is an end in itself. We are not thinking so much about alliances and arithmetic; we are thinking about what we need to do for the people of Bihar.

Q) However, LJP claims that Nitish Kumar may return to RJD after the polls. Who are you in a direct fight with? BJP or JD (U)? Are you keeping the option open for JD(U) as well?

For us, as I said earlier, it is about setting the progressive agenda and coming through to implement it at the earliest. The people of Bihar have suffered enough, they need immediate relief.

Q) Opinion polls have given a clear edge to the NDA alliance. How confident are you about the grand alliance prospects?

If there is one thing we have learned in the recent past is to ignore the mainstream media narratives --- media credibility is at an all-time low today --- and listen to the murmurs and voices on the ground. And our sense is that the people of Bihar, especially the youth, are responding to us in a positive manner.

Q) Your poll promise of 10 lakh jobs and other perks have invited fierce criticism from the BJP and JD (U). Will you be able to fulfill the promise?

It is a very realistic promise. Lack of development is understandable when there are no resources. But lack of development when resources are there is inexcusable. Latter has been the case with Bihar under the NDA regime. There are sanctioned and budgeted vacancies that they have not been able to fill. They have consistently fallen short in meeting their own spending targets. The people of Bihar have understood the explanations given by our party leadership.

Q) It is for the first time you are having a truck with the Left parties. Is it a conscious decision to keep CPI leader Kanhaiya Kumar from RJD rallies?

We are a democratic setup. We are also a shared progressive agenda-driven coalition. For us, the priority is our message, our policies --- not individuals. The leadership and the hardworking cadres are campaigning earnestly on the ground. The candidates convey their requirements and they are addressed accordingly given the limited time and resources.