The glitch was detected on Thursday night when the train arrived at Delhi station from Katra and was undergoing maintenance, the spokesperson said. 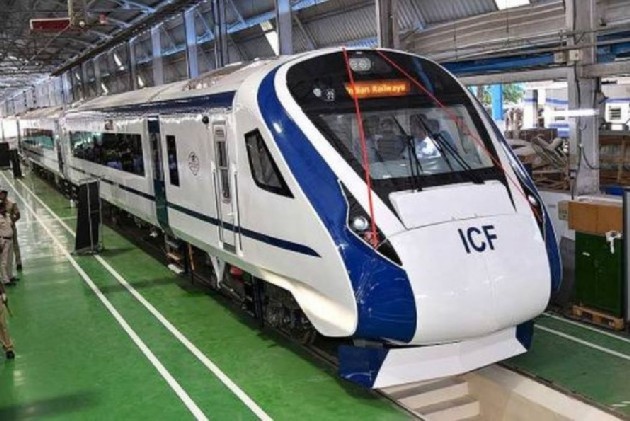 The wheel of the Delhi-Katra Vande Bharat Express developed some technical glitch due to which a Tejas rake was run on Friday replacing the state-of-the-art train, a spokesperson said.

The glitch was detected on Thursday night when the train arrived at Delhi station from Katra and was undergoing maintenance, the spokesperson said.

"The wheel of the Vande Bharat Express developed some technical glitch. We are rectifying it. If it is done in time for Saturday's journey, then it will run as usual, otherwise, we will use the Tejas rake," northern railway spokesperson Deepak Kumar told PTI.

Currently, there are only two rakes of the Vande Bharat Express - one runs on the Delhi Katra route and the other on the Delhi-Varanasi section of northern railways.

The train runs on all days of the week except Tuesday, and cuts the travel time between Delhi and Katra to just 8 hours, as compared to 12-14 hours required earlier to cover the distance of 655 km.

The train departs from the New Delhi Railway Station at 6 am and reaches Katra at 2 pm. It commences its return journey on the same day from Katra at 3 pm and reaches New Delhi at 11 pm.

Railways has said that 40 Vande Bharat trains will be out by 2022.