The train's AC stopped working 10 minutes before reaching Allahabad station at 4:50 pm. The defect was rectified, cooling ensured and it left at around 6.00 pm, the officials said. 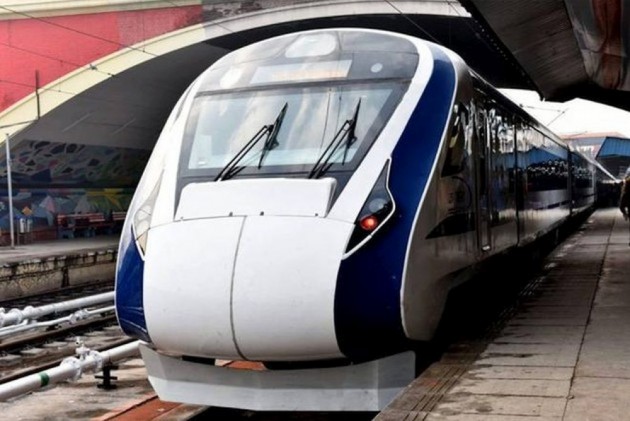 Passengers on board the Varanasi-Delhi Vande Bharat Express were on Sunday stranded inside the train for around an hour without fan, air conditioning and lights when its auxiliary converter failed, officials said on Sunday.

The train's AC stopped working 10 minutes before reaching Allahabad station at 4:50 pm. The defect was rectified, cooling ensured and it left at around 6.00 pm, they said.

During this time, the train was without basic facilities stranded at Allahabad.

In an earlier incident in March, a minor fire broke out in the transformer of a coach of the railways' ambitious train.

Earlier this year, the production of this self-propelled engine-less train sets was stopped over allegations of favouritism and lack of transparency. In July, Railway Minister Piyush Goyal met representatives of manufacturers and promised a transparent level-playing field to all of them.

It is an indigenous electric multiple unit (EMU) manufactured by the Chennai-based Integrated Coach Factory (ICF). The semi-high speed train that can run up to a maximum speed of 160 km/hour has electrically operated, automatic sliding doors similar to those in metro coaches. Built at a cost of Rs 100 crore, each train has 16 compartments, with two first class coaches.

A day after its inaugural run in February, the train ran into trouble when a malfunction of the brake system jammed the wheel near the Tundla railway station, some 200 km from Delhi.