Kanika, who returned from London recently, announced on Friday that she had tested positive for the novel coronavirus, adding she and her family were under quarantine. 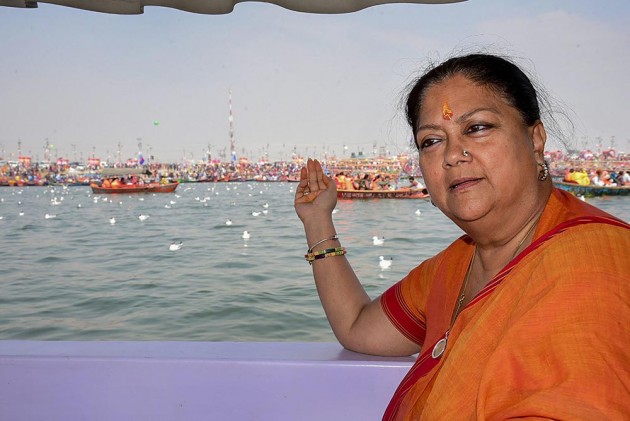 However, the mother-son duo will continue to be in isolation for 15 days.

On Saturday, Vasundhara took to Twitter to share the news and wrote: "After conducting a #Covid19 test, I am happy to inform you that the results came back negative. However, as a preventive measure, my son and I will continue to be in isolation for 15 days."

"A lot of you checked up on me and I appreciate your concern. I want to thank you for your prayers and good wishes. They are what keep me going," she said.

Kanika, who returned from London recently, announced on Friday that she had tested positive for the novel coronavirus, adding she and her family were under quarantine.

Several media reports alleged Kanika hid her travel history from airport authorities and dodged the screening procedure. An FIR has also been filed against the singer for not following government advisory.

Dushyant Singh, who was present at the dinner with Kanika, had also joined President Ram Nath Kovind and a host of MPs from Uttar Pradesh and Rajasthan at the Rashtrapati Bhavan for breakfast on March 17, as per a tweet shared on President of India handle.

"President Kovind hosted Members of Parliament from Uttar Pradesh and Rajasthan for breakfast at Rashtrapati Bhavan this morning," the tweet read.

(With inputs from ANI)