What Is Nipah Virus? Symptoms, Treatment And Everything You Need To Know

Nipah virus can spread between animals and people. Such a virus is officially known as a zoonotic virus. So, the virus can cause illness among animals and humans alike. 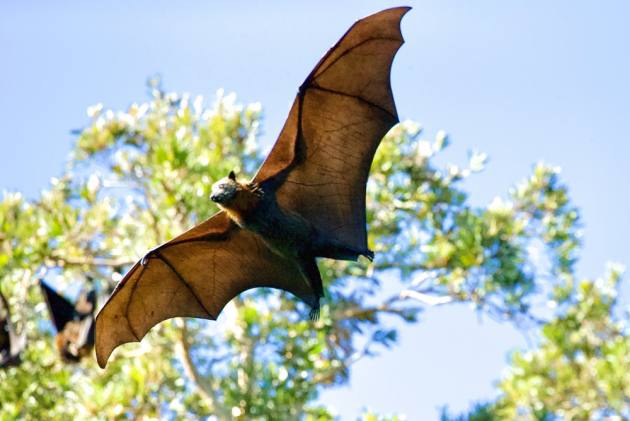 As Kerala battles with an increasing number of coronavirus cases, there's another virus that has been declared a health risk in the state – the Nipah virus.

On September 5, a 12-year-old boy died of the Nipah virus in the Kozhikode district of Kerala. A team of experts was rushed to the state to provide adequate medical help and support. As per the state Health Minister Veena George, teams have been formed to handle the situation and there is no need for panic.

What is Nipah virus?

What Is Nipah Virus? Can It Be Cured?

Nipah virus can spread between animals and people. Such a virus is officially known as a zoonotic virus. So, the virus can cause illness among animals and humans alike.

The virus spread from contact with an infected animal and person. The contact can be anything like eating a fruit contaminated by infected animals -- either their bodily fluid has been mixed with it or they have eaten the fruit.

Direct contact with Nipah-infected animals is also a source of transmission.

REPLUG | All About #Nipah, The Virus That Has #Kerala In Panic Mode #NipahVirus
Watch more videos on https://t.co/tZjzXmhW5A pic.twitter.com/0EAFPeBiW9

The Nipah originated from fruits bats (flying foxes) to other animals and humans. The spread of such a virus is generally seen in pigs, dogs and horses but if it spreads through humans then it can be deadly. "In infected people, it causes a range of illnesses from asymptomatic (subclinical) infection to acute respiratory illness and fatal encephalitis," said the WHO.

- Fever with persistent cough and difficulty in breathing

According to the guidelines of the WHO, the patients infected with the virus can experience pneumonia and severe cases might see encephalitis and seizures which may lead to come within 24 to 48 hours. The incubation period for this virus can range between 5-14 days and go on up to 45 days.

One has to take the real-time polymerase chain reaction (RT-PCR) from bodily fluids and antibody detection via enzyme-linked immunosorbent assay (ELISA).

How does Nipah spread amongst humans?

Close contact with infected pigs, bats or humans can others to infect. The National Centre for Disease Control's guidelines said, "Bat secretions laden with the virus can infect people during climbing of fruit trees, eating/handling contaminated fallen fruits or consuming raw date palm sap/juice or toddy."

Dead bodies of those infected might also be one of the causes of the spread to which the National Centre for Disease Control (NCDC) has said, "During this emotional moment, traditional rituals and practices may need to be modified to prevent the exposure of family members to the disease."

- Wash your hands regularly with soap and water

- Handling of dead bodies of those who suffered from the virus needs to be done according to the guidelines.

- Consume fruits after washing them properly.

- Wear gloves and other protective clothing while handling sick animals.

At present, there is no particular drug designated to treat the Nipah virus. The WHO has advised intensive supportive care for the treatment of severe respiratory and neurologic complications borne out of Nipah infection. "Approximately 20 per cent of patients are left with residual neurological consequences such as seizure disorder and personality changes. A small number of people suffer a relapse or develop delayed onset encephalitis, after showing signs of recovery," said WHO.