Going back to the ‘90s one more time. My mother was critically ill. Her blood group was not matching anyone. Our family friends, who were Muslims, came over. Donated blood. And life again moved on. No one batted an eyelid. Not to forget, we are Brahmans by caste. There was no fuss. 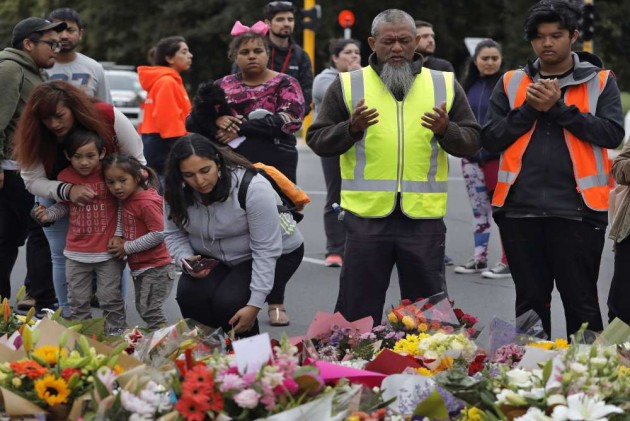 What times to live in!

The Christchurch attack happened yesterday. A white terrorist gunned down 49 Muslims. And the world still looks divided. So many standing by the victims, others rejoicing. The hate is so evident on social media. I checked on all my Muslim friends if they are doing okay. The responses were sad. They felt targeted. As one friend told me that we need to change this narrative so that the world can be a safer place.  As I write this, it is also very ironic that I am writing about fellow Indians because our Gods are different. I told another friend today that in the last 30 years I never thought about her God, but now I do, because it can get someone killed. What times to live in? There is a hashtag on social media #PeacefulMosque going on. I responded to that, as a non-Muslim where scores of Muslims around the world are sharing, mundane beautiful things that happens in the mosque. That one hashtag took me back to my memories with friends whose Gods were different. They were Muslims.

It was in the 90s. I don’t remember the year. My father had a breakdown. He was fatigued. He fell in the courtroom. He was a lawyer. My mother rushed in and after her, my father’s friend Khan Chacha (that’s what we called him) ran with Rs 300 in his hand. Khan Chacha was a lottery ticket seller. That was his earning of the day. He gave it to my mother, just in case she might need. Dad came back home fit and fine. Khan Chacha was a happy man; life moved on.

Cut to 2019: Today there needs to be a campaign that most mosques are peaceful as the media kept on saying that the mosque where the gunning happened was a peaceful one. Also coming back to India, last year there was a campaign #TalkToAMuslim. This is such a sad time, where there is a campaign that needs to be done that tells us it is okay to talk to one.  I don’t claim that India never had the Hindu-Muslim divide. There are many riots that say, that it was there. But the division now is deeper and right out in the open. And it is stinking.

Going back to the ‘90s one more time. My mother was critically ill. Her blood group was not matching anyone. Our family friends, who were Muslims, came over. Donated blood. And life again moved on. No one batted an eyelid. Not to forget, we are Brahmans by caste. There was no fuss. Neither fear, nor glory. Life continued to continue. But I wonder if that was today the news channels would scream, “A Brahman Woman was saved by a Muslim.” As if this was something out of the blue. My father did the same many times for his Muslim friends. And that was never an argument at home. When did the becoming of the “Others” be so strong that there needs to be a campaign to say that it’s okay to talk to a Muslim. That we are humans is gently sidelined. Hurriedly forgotten.

It was 1994, my father died in a fatal car accident. When the pyre was lit, all men from all religions came forward. Put one wood stick to the pyre. That was their way of saying goodbye to their friend. The final goodbye, in a small town of India. That was the India, I watched from far away as the pyre blazed rising to touch the sun.  And now with the lynching and othering of the Muslim community that is going on, it hurts so deep, because, when did it become vile and against to talk to Khan Chahcha, my father’s ticket seller friend. It’s almost a humiliation I feel to all those Muslim men/women who spent so many evenings in our living room talking and laughing for hours. Where did those roars of laughter go now?

A Muslim friend back home narrates how her 5-year-old son was asked in the playground, if he ate beef. She says with hurt and anger that her childhood was full of running around under the open sky and no one ever asked what and where she ate. But now her son is. Her father whom I personally know is as secular as one can be. Once there were a lot of disturbances back home, and people who did not belong to the locality were targeted. It was the month of Ramzan. Her father and mother hid a Hindu family in their house to keep them safe. Though her mother kept all her Rozas, she cooked for the family that was sheltered in their house. Even after so many years, my friend never mentioned it, because that is how a human being is supposed to behave. She told me the day her son was asked about his food habit. Her father now in his 60s had just joined a peace march that said that Muslims are for peace. That he still has to prove his intent of peace and harmony itself is so tragic.

There is a blurring noise around, where everyone is a specialist in religion and war. There is a “We”, and there is a “Them”, but if we listen to ourselves in silence, the answer is blowing in the wind. I asked my friend, “Who will save us from this hate?” The reply was, “We”. When we look into our own lives and treat people as people, this hatred will die a natural death and the flowers will blossom again.

Times like this makes me think how I remember the Muslim community which is so demonized each day. The answer is all my life I have only received, friendship, kindness, empathy and love from them. By writing this piece I am not patronizing them or putting a stamp of approval. I am no one to approve of someone’s goodness or kindness.  It’s my little way of trying to tell a new narrative. A narrative that will finally save our children. Save this country. And most importantly save us.

As I am writing this, it is the first time I am calling my friend a Muslim friend, or Khan Chacha, a Muslim man. Because we live in such times where hatred is so mainstream that, I being a Hindu have to recollect a few incidents amongst thousands to relate what the so called “Other” community meant to us. And we to them.

I just want to end it with an apology to my friend back home, for mentioning her as a “Muslim friend”, and not just a great friend because of the times we are in. I am sorry my friend for calling you by your religion first and later by your heart. Please forgive me, if you can, someday! I miss the carefree you so much. I can never un-love you!