Addressing a rally at Himmatnagar in Sabarkantha district of Gujarat, Patel said the verdict in Madhya Pradesh, Rajasthan and Chhattisgarh showed that people were disenchanted with the BJP. 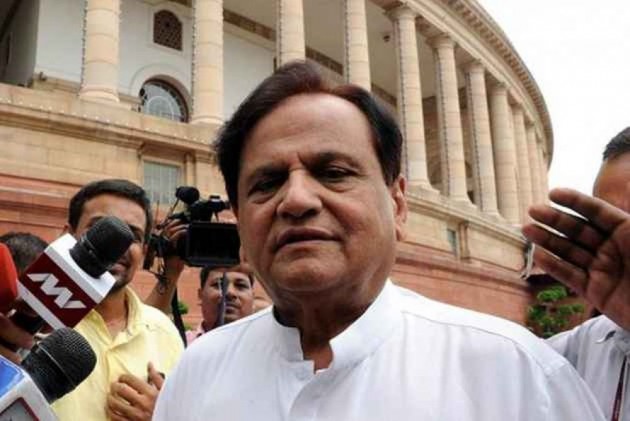 Expressing jubilation over the recent Assembly election results and claiming that the BJP is on its way out even at the Centre, senior Congress leader Ahmed Patel on Saturday remarked on Prime Minister Narendra Modi's choice of clothes and said that one can not become a leader like former prime minister Jawaharlal Nehru just by wearing a "Nehru jacket".

Referring to Modi's sartorial choices, Patel said one can not become a leader like former prime minister Jawaharlal Nehru just by wearing a "Nehru jacket".

"You can also not become Indira Gandhi by going on foreign trips. You can not become Rajiv Gandhi by donning designer jackets and kurtas. To be in the league of such leaders, you have to make sacrifices like them. Do you have the courage to do that?" Patel asked.

Addressing a rally at Himmatnagar in Sabarkantha district of Gujarat, Patel said the verdict in Madhya Pradesh, Rajasthan and Chhattisgarh showed that people were disenchanted with the BJP.

"When you came to power in 2014 by making false promises and spreading lies, you may not have thought that you will become unpopular within just four years. People are disenchanted with BJP now. That is why Congress won the assembly polls in three states," Patel said.

"When you came to power in 2014, you thought you will rule forever. That was your ego. You did not realise that if people can put you in power, they can also oust you," Patel said.

"Time has come for you (Modi) to vacate the throne in near future. If you do not step down, people will make you do so," the Congress veteran said.

To Modi's recent jibe that Kartarpur in Punjab went to Pakistan at the time of Independence because of "lack of vision" in Congress leaders, Patel asked if Modi was also blaming Sardar Vallabhbhai Patel, a Congress stalwart of that period.

"On one hand you are building Sardar Patel's statue and on the other you are insulting him," the Congress leader from Gujarat said.

Modi and the BJP are trying to erase history and present a "distorted version" to claim that Congress leaders did nothing for the country, Patel alleged.

Modi failed to fulfil any of his pre-poll promises such as depositing Rs 15 lakh in everyone's bank account by bringing back black money, he said.

"They claim they have done all those things which the Congress could not do in the last 70 years....Congress never looted the country in 60-70 years of its rule. But they (the BJP) looted the country through demonetisation during their four-year rule," he said.