Kartarpur Talks With Pakistan Not Resumption Of Dialogue: MEA

India had earlier this week said that its first meeting with Pakistan to finalise the modalities of the Kartarpur corridor would be held on the Indian side of the Attari-Wagah border on March 14. 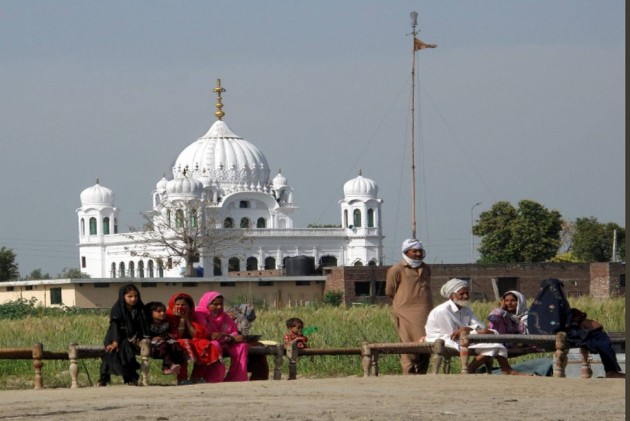 India on Saturday said that talks with Pakistan on the cross-border Kartarpur corridor are related to the emotions of Indian citizens of Sikh faith and should not be construed as resumption of bilateral dialogue.

India had earlier this week said that its first meeting with Pakistan to finalise the modalities of the Kartarpur corridor would be held on the Indian side of the Attari-Wagah border on March 14.

Asked if the time was right to hold the dialogue amid the ongoing bilateral tensions, Ministry of External Affairs Spokesperson Raveesh Kumar said that one should understand the purpose and objective of the Kartarpur talks and it was not in any way a resumption of bilateral dialogue.

"It is related to the emotions of Indian citizens of Sikh faith. Our decision to meet reflects our strong commitment to operationalise the Kartarpur Sahib corridor on the occasion of 550th birth anniversary of Guru Nanak Dev ji and also to meet the long pending demand to have easy and smooth access to the holy Gurudwara Kartarpur Sahib," Kumar said.

Raveesh Kumar,MEA: Would like to make it clear that holding #KartarpurCorridor talks doesn't mean resumption of bilateral ties. This is related to the emotions and sentiments of our Indian citizens of Sikh faith. pic.twitter.com/GNbvvbGklW

Pakistan had cast some doubts on the meeting but India never said it will not be held, the MEA spokesperson said, adding "We are happy that Pakistanis are coming for this meeting on the 14th."

"So you have to understand the objective of the meeting. This has nothing to do with any kind of resumption of bilateral talks," he said.

The announcement by both sides to hold the meeting on the corridor comes amid heightened tensions following the February 14 Pulwama terror attack and India's air strike on a Jaish-e-Mohammad training camp in Balakot and Pakistan's subsequent retaliation.

Kartarpur Sahib is located in Pakistan's Narowal district, across the river Ravi, about four kilometres from the Dera Baba Nanak shrine.

The corridor will facilitate visa-free travel of Indian Sikh pilgrims to Gurudwara Darbar Sahib in Kartarpur. Pakistan has committed to open the corridor in November, on the occasion of the 550th birth anniversary of Guru Nanak.