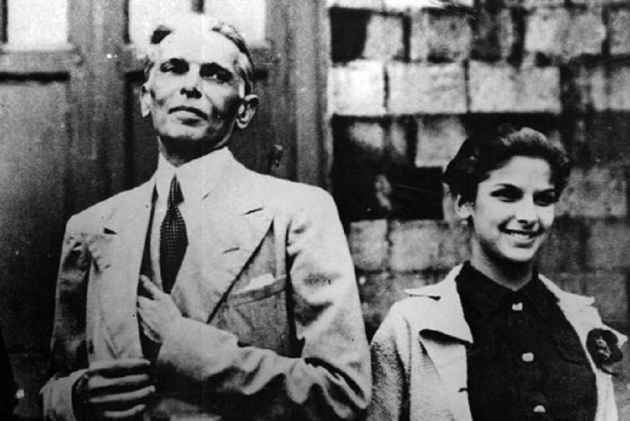 Quoting family sources, Samaa TV said that Dina (98) was the only child of Muhammad Ali Jinnah and his second wife Rattanbai Petit who was also known as Maryam Jinnah.

Dina Wadia was born in London on August 15, 1919. Her paternal grandparents were from Gujarat, who moved to Karachi for business in the mid 1870s, where her father, Jinnah, was born.

Her mother was a member of two of the elite class families of Bombay, the Petit-Tata family. Through her marriage to industrialist Neville Wadia, she belongs to the prominent Wadia family.

In 2007, Dina Wadia filed a writ petition before the Mumbai High Court, claiming that Jinnah House could not be classified as "evacuee property", as her father had died without leaving behind a will and demanded that the house be handed over to her.

In her recent book 'Mr and Mrs Jinnah', Sheela Reddy wrote: “Dina was the product of a doomed marriage of complete opposites. Jinnah, who was almost as old as Ruttie’s father, was dour, proud, withdrawn, cautious and from a conservative Khoja Muslim family. Ruttie was pampered, impulsive, emotional, extravagant and reckless.

After his wife’s death, Jinnah became increasingly orthodox and preoccupied with his mission to carve out from India a separate Muslim majority country, Pakistan. He permitted Dina’s grandmother, Dinbai Petit, to have a major say in the upbringing of his daughter and even permitted the child to take her grandmother’s name. Despite the early tragedy in her life, Dina had, according to friends, a happy childhood and a friendly, warm and kindly disposition. She was brought up in a largely Parsi milieu.

Jinnah was shocked when she informed him at the age of 17 that she intended to marry Neville Wadia, the scion of an equally illustrious Parsi family in the textile business. According to Jinnah’s one-time junior, the late Justice Mahommed Currim Chagla, Jinnah scolded his daughter and told her that there were millions of Muslim boys in India and she could have anyone she chose. Dina, who was more than a match for her father, replied, “Father, there were millions of Muslim girls in India. Why did you not marry one of them?’’

Successive Pakistan Governments often expressed deep interest in acquiring the property free of charge for sentimental reasons. During his visit to India, President Pervez Musharraf renewed Pakistan's claim to the house when he had had suggested to Indian Prime Minister Atal Bihari Vajpayee should be given to Pakistan so that it could be turned into a consulate.

Dina last visited Pakistan in 2004 during a landmark cricket series between Pakistan and India on the invitation of former president General (retd.) Pervez Musharraf. She considered cricket diplomacy to be an enthralling dimension.

Wadia had never visited Pakistan since her father's funeral in September 1948.

She was survived by her only son Nusli Wadia, who is often named in the list of India's most successful and rich businessmen, and is one of the Parsi' community's most prominent and influential businessmen.

Nusli is married to Maureen Wadia, a former air hostess, who heads Gladrags magazine and is one of the forces behind the Mrs. India beauty pageant. They have two sons: Ness Wadia and Jehangir Wadia.