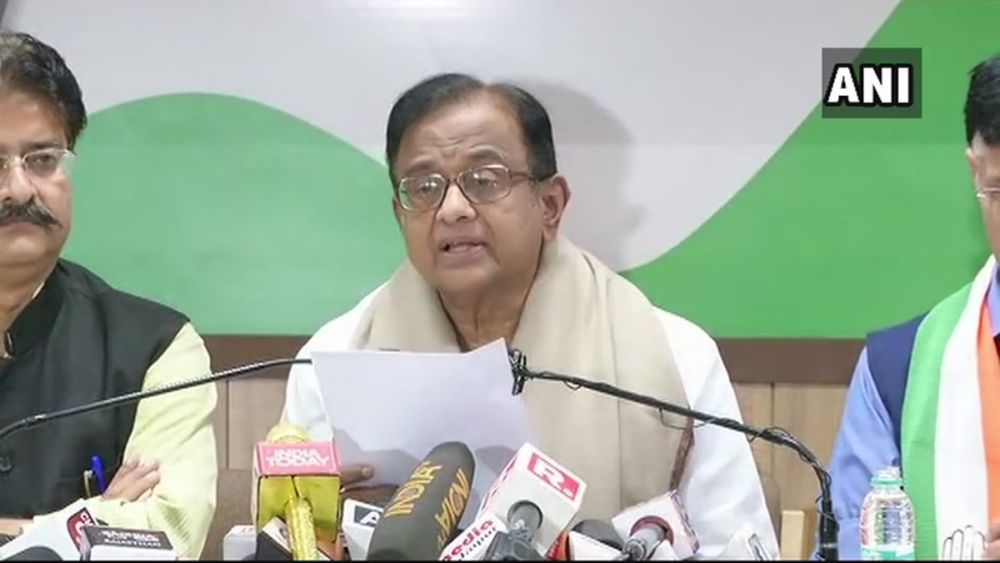 Former Union finance minister P Chidambaram said on Saturday the BJP governments at the Centre and Rajasthan could not deliver the promises made to the people and it was a time for change.

According to Chidambaram, five years ago, when the state's people voted in the last Assembly election, they were in the spell of Narendra Modi and his catchy slogans and attractive promises.

Attributing the coming of Vasundhara Raje to power with the rise of Modi, the senior Congress leader said: "Neither (Prime Minister) Narendra Modi nor (Chief Minister) Vasundhara Raje delivered on the promises made to the people."

Rajasthan Assembly Election: Congress, BJP To Slug It Out In Gehlot's Home Territory

The government could not fulfil the promise of double-digit economic growth. It could not create jobs, increase savings of the people, boost capital investment and increase exports, Chidambaram said at a press conference.

The 7-per-cent growing economy had a negative impact on farm sector as it could not fetch remunerative prices for agriculture produce, and boost agriculture income and wages, he said. "There is a sense of crisis everywhere due to mounting unemployment, rising bank NPA (non-performing asset), deeper debt stress on farmers."

He said the situation was no better in Rajasthan, where the compounded gross state domestic product (GSDP) was 5.7 per cent during 2013-18 against 6.5 per cent in the previous Congress government.

Crime has increased, while conviction rate has seen a dip. Standard of education, female-literacy rate, health parameters are equally bad in the state, he added.